Collingwood star Dayne Beams has been hospitalised after a car accident in Melbourne yesterday.

The club confirmed the news in a statement this morning.

"Collingwood can confirm that Dayne Beams was involved in a motor vehicle accident yesterday afternoon," the statement said.

"Dayne was admitted to hospital with minor injuries from the incident. He remained in hospital overnight." 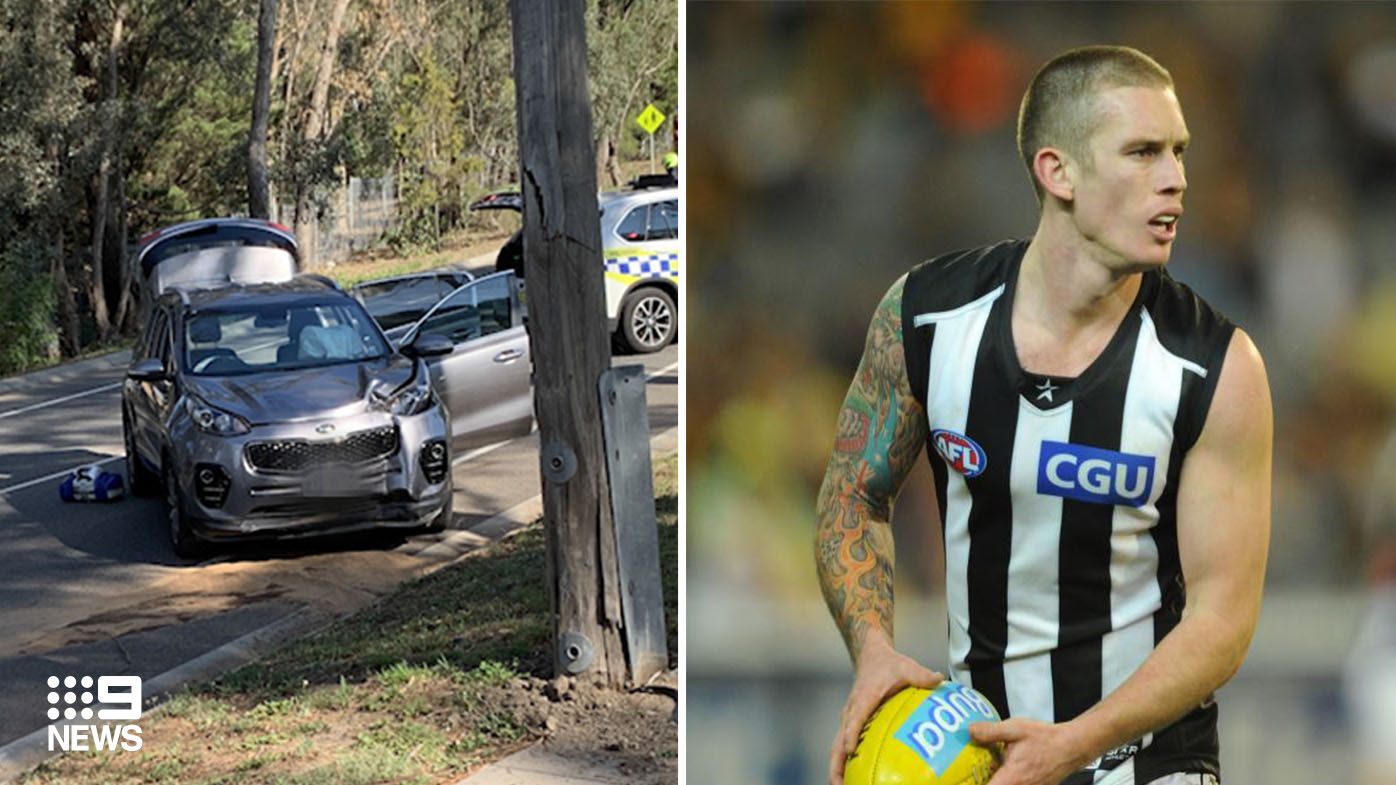 The accident is believed to have happened in Melbourne's eastern suburbs, with Beams reportedly the only person injured in the accident.

The circumstances surrounding the crash are not immediately clear.

Beams, who played in Collingwood's 2010 premiership side, rejoined the Magpies prior to the 2019 season after a stint in Brisbane.

He played just nine matches in 2019, before taking a leave of absence to deal with mental health issues. During his time away from the game he has become involved in the art world, describing it at "my happy place."

"I wake up every morning now and I have a real purpose and a passion and I love what I do," he said in a recent Instagram post.

"I equally love the joy that I see my customers get when they receive my pieces.

"That really makes me feel good about myself."

"A big thank you to Ed and the footy club for purchasing the medal," Beams said on Instagram.

"It's a little bit funny, but fantastic that it's staying at the Holden Centre and everyone can get a look at it.

"The most important thing is the amount of money that we raised … it's going to people that really need it at this time."