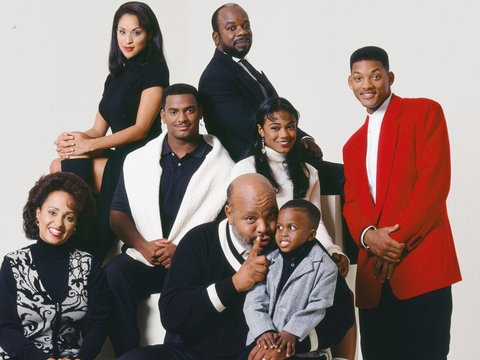 Where there were rumors of a "Fresh Prince of Bel-Air" spinoff series coming from Will Smith and Jada Pinkett Smith’s production company in 2019, Alfonso Ribeiro says a reunion’s "never gonna happen."

The original series, which followed "West Philadelphia born and raised" Will as he moved in with his auntie and uncle Bel-Air, ran from 1990-1996 and shot Smith to superstardom. With recent ’90s revivals like the recently-wrapped "Fuller House," the currently-airing "Party of Five" and "Roswell" and upcoming reboots for "Saved By the Bell" and "Punky Brewster," a second coming of "Fresh Prince" seems inevitable.

Appearing on "The Wendy Williams Show" Thursday morning, Carlton himself shut down any speculation they’ll bring it back. Simply saying "No" when Williams asked if they’d do one, she said "and they can’t do it without Carlton."

"And there is no show without James Avery, he was the anchor to that show," he added. Avery, who played Uncle Phil, passed away at the age of 68 in 2013, following complications from open heart surgery.

Ribeiro added he’s not against the idea of a reboot altogether, before promoting his work on the game show "Catch 21," a reboot of the series he also hosted during its original run from 2008 to 2011.

Rick Moranis Returns to Acting for 'Honey, I Shrunk the Kids' Reboot at Disney

Costar Tatyana Ali, who played Ashley Banks, recently told Pop Culture she would "totally" be down for a revival.

"I know there are cast members that would be open to it," she added "I think for all of us… Fresh Prince had six seasons, and it was so culturally just on point, I guess all the episodes still hold up. So, I think it really is about what storyline we could do now, that would make it feel as good as it did then."