The 2020 Sundance Film Festival is underway, and we’ve already seen a lot of great movies in the mountains of Park City, Utah. But this year, studios and distributors are being a little more cautious when it comes to picking up any of the buzzed about movies playing at the festival. Last year saw some big deals result in disappointing box office returns, and without many big movies garnering loads of attention, the Sundance market is moving at a slower pace than usual. But even so, there are already some movies that have been picked up, and we’ve got a list of them rounded up below that will be continuously updated. 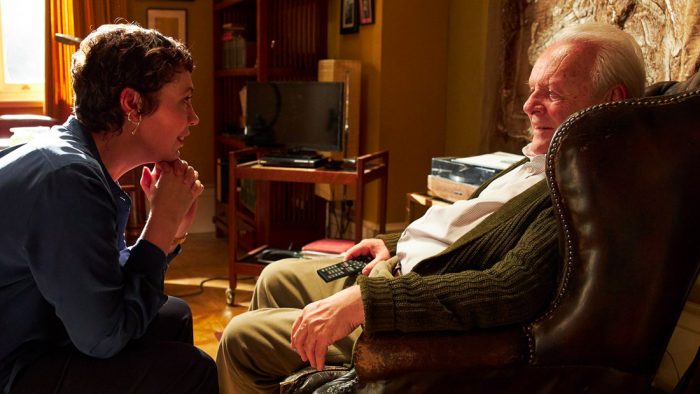 Sundance Synopsis: Almost 80, mischievous, caustic, and defiantly living alone, Anthony (Academy Award winner Anthony Hopkins) rejects each and every hired caretaker that his daughter, Anne (Academy Award winner Olivia Colman), lovingly introduces. Anne is desperate for help. She can’t make daily visits anymore, and Anthony’s grip on reality is unraveling. Given the ebb and flow of his memory, how much of his own identity and past can he cling to? Anne grieves the loss of her father as he lives and breathes before her—but doesn’t she have the right to live her own life? 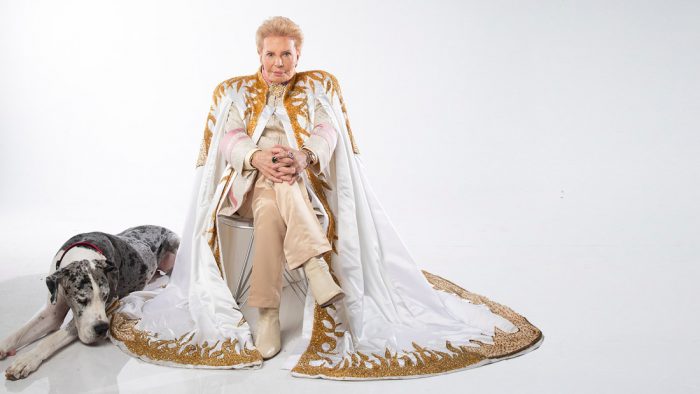 Buyer: Netflix (via The Hollywood Reporter)

Sundance Synopsis: Extravagant Puerto Rican astrologer, psychic, and gender nonconforming legend Walter Mercado charmed the world for over 30 years with his televised horoscopes. Equal parts Oprah, Liberace, and Mr. Rogers, Walter was a celebrated daily part of Latin culture—until one day in 2007 he mysteriously disappeared. Over a decade later, the filmmakers find Walter and invite us into his home and interior world as he prepares to restore his legacy in the public eye.

The film explores Walter’s complex story from the rural sugarcane fields of Puerto Rico to international astrology superstardom, rising above homophobia and the heteronormative beliefs of Latin society with a message of love and hope.

Sundance Synopsis: Reeling from the unexpected death of her husband, Beth (Rebecca Hall) is left alone in the lakeside home he built for her. She tries as best she can to keep together—but then the dreams come. Disturbing visions of a presence in the house call to her, beckoning with a ghostly allure. But the harsh light of day washes away any proof of a haunting. Against the advice of her friends, she begins digging into his belongings, yearning for answers. What she finds are secrets both strange and terrible and a mystery she’s determined to resolve.

Read our review of The Night House right here. 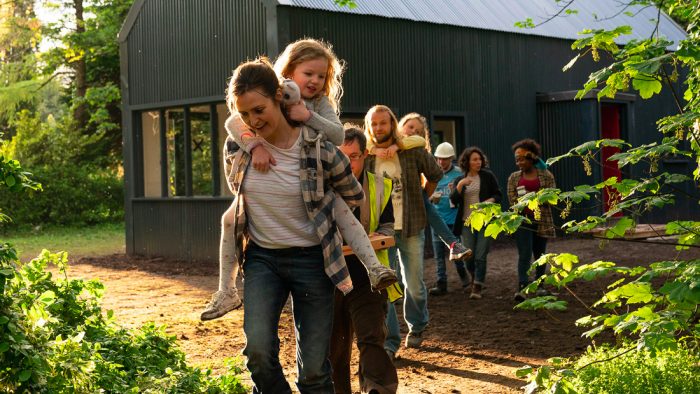 Sundance Synopsis: Sandra, an Irish single mother of two young girls, faces a dire situation. An attack by her abusive ex-husband and a housing crisis in Dublin leave her living in fear and unable to find a new home. Temporarily living with her two daughters in a cramped hotel room and battling a system that refuses to help her, Sandra is determined to create some stability and security for the three of them. Seeing no other options, she decides to build her own house, literally and metaphorically pouring the foundation of her own future. 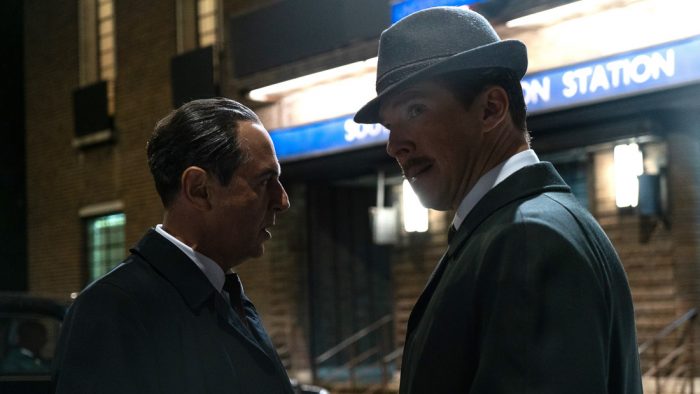 Sundance Synopsis: Businessman Greville Wynne (Benedict Cumberbatch) and prim but warm housewife Sheila (Jessie Buckley) lead a properly quiet English life. When rumblings of a mole in the Soviet Union government reach British intelligence agent Dickie Franks (Angus Wright) and CIA official Emily Donovan (Rachel Brosnahan), Greville is called upon by his country precisely for his ordinariness. He is thrown into the political conflict, and as his efforts to end the Cuban Missile Crisis deepen, he forges an unbreakable bond with his informant, Oleg (Merab Ninidze), that will be put to the ultimate test. Pressured by Sheila’s suspicion of his secrecy and as the Soviets close in on the plot, Greville proves himself not to be ordinary at all. 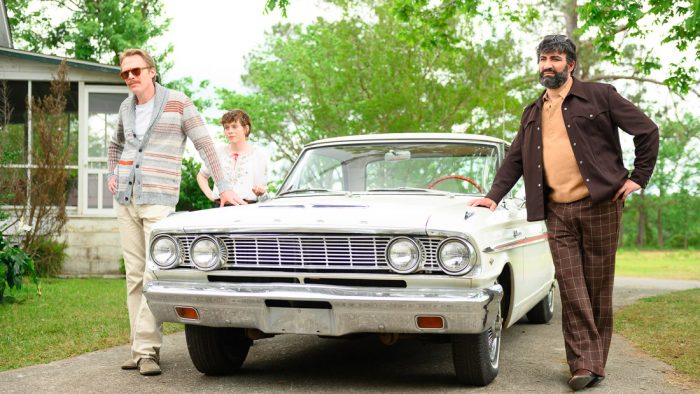 Sundance Synopsis: In 1973, teenage Beth (Sophia Lillis) leaves her rural hometown to study at New York University where her estranged uncle Frank (Paul Bettany) is a revered literature professor. She soon discovers that Frank is gay and living with his longtime partner, Wally (Peter Macdissi)—an arrangement he has kept secret for years. After the sudden death of surly patriarch Mac (Stephen Root), Frank reluctantly returns home for the funeral with Beth and Wally in tow. Along the way, he’s forced to reckon with the ghosts of the past and finally face his family. 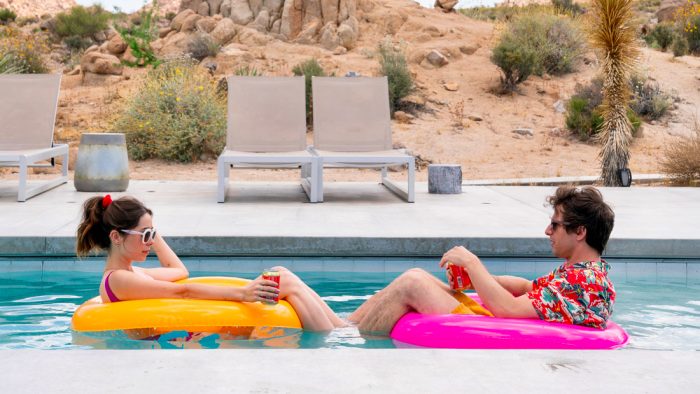 Sundance Synopsis: Stuck in Palm Springs for her younger sister Tala’s destination wedding, family black sheep and reluctant maid of honor Sarah meets carefree Nyles, the date of a vapid bridesmaid. After Nyles bails Sarah out of giving a wedding toast, she quickly realizes that he is actually not a sentimental fool at all and feels drawn to his offbeat nihilism. After their impromptu tryst is thwarted by a surreal, unexpected interruption, Sarah joins Nyles in embracing the idea that nothing really matters, and they begin wreaking spirited havoc on the wedding celebration. 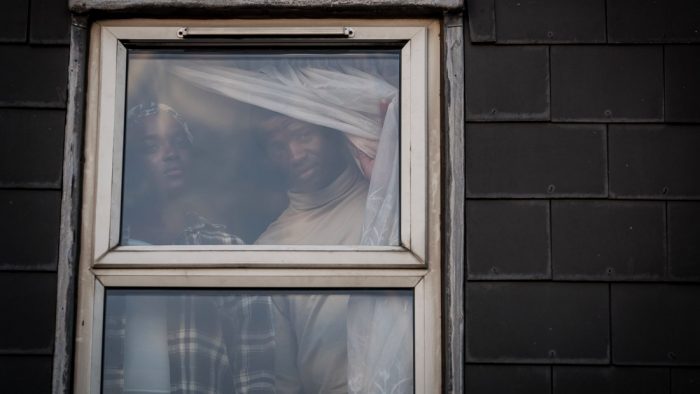 Sundance Synopsis: Many refugee stories end in the same place: a safe (if slightly bewildering) new home. And that’s where His House begins, with a Sudanese couple arriving in a quiet English town for their “happily ever after.” But as their acclimation process falters, we realize that there’s more to blame than cross-cultural misunderstanding. Things begin to go disastrously wrong. “Screaming nightmares” wrong. “Blood magic” wrong. And then, it gets much, much worse.