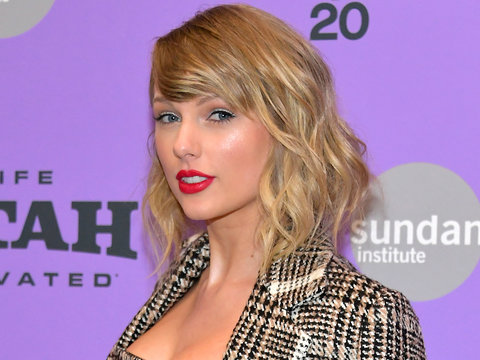 Bad news for Taylor Swift fans — it looks like the pop star has canceled her surprise performance at Sunday night’s Grammy Awards.

According to Variety, the pop star will not be attending the show despite three nominations. Swift is up for Song of the Year ("Lover"), Best Pop Vocal Album ("Lover") and Best Pop Solo Performance ("You Need to Calm Down").

However, sources told Variety Swift was never "formally confirmed," but there was hope she would be making an appearance and possibly performing her feminist anthem, "The Man." (A rep for the Grammy Awards had no further comment when reached by TooFab.)

A performance of the song would be particularly timely as the singer’s reported exit comes amid the scandal going on in the Recording Academy, involving allegations of sexism and discrimination from ousted CEO Deborah Dugan. On Jan. 17, Dugan, the first woman to hold the position of President/CEO of the Recording Academy in its 63-year history, was placed on "administrative leave" following an allegation of "misconduct."

Although it’s unconfirmed whether Swift’s cancelation was due to the Recording Academy scandal, Variety reported that Swift — who attended the premiere of her Netflix documentary "Miss Americana" at Sundance Film Festival Thursday night — originally had a "planned" flight out of Park City, which fueled reports she was needed back in Los Angeles for the Grammys. However, this was before the Dugan situation had escalated.

Despite Swift’s absence, the 2020 Grammy Awards will be going on as planned. This year’s ceremony, which will again be hosted by Alicia Keys, will include performances by Ariana Grande, Billie Eilish, Jonas Brothers, and Aerosmith and more. Demi Lovato will also be taking the stage to perform her new single, "Anyone," which she recorded before her 2018 drug overdose.

Bachelor Nation Defends Madison's Decision to Go on 'The Bachelor'