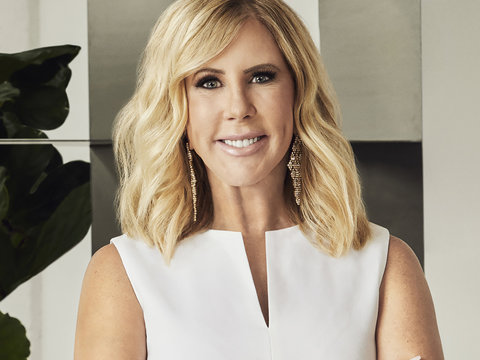 The OG of the OC has left the building.

On Friday, Vicki Gunvalson announced she was leaving "The Real Housewives of Orange County" after 14 seasons. She was one of the first housewives in Bravo history and had been on the show since its inception in 2006, though was demoted to "friend" in Season 14.

"I will always be the OG of the OC, but it’s time to say goodbye to ‘The Real Housewives of Orange County,’" she wrote. "It’s been an incredible ride for 14 years and I want thank all of you for your support, for your love and for ‘whooping it up’ with me along the way."

"I’ve been working on new projects that will be exciting, empowering and inspirational. My podcast with Westwood One will be launching soon and I will have much more to say about this on ‘Whoop it up with Vicki,’" she promised. "I hope you will join me with my new journey so please stay tuned. I love all my fans, and I want to thank Bravo and Evolution for this incredible experience which my family and I have will never forget."

Actress Casey Wilson spoke for all of us when she wrote, "Thank you for your service. 🇺🇸"

Vicki had a tough final season, where she appeared in a friend role and not as a main cast member. She took her frustrations out on her co-stars as well as Andy and had a meltdown in the reunion. While the main cast members were assembled on stage, Gunvalson was going off backstage — complaining about her place on the show.

Gavin began to explain, "I think that they’re trying to figure that out right now," but Vicki cut him off. "I’m not going in, sitting at the end. I started this show 15 years ago," she fired back, as Gavin muttered, "Totally understand."

And now she has.

The Most Outrageous Housewives Feuds of 2019