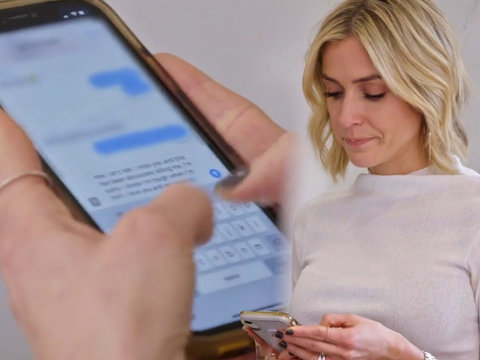 As far as Kristin Cavallari sees it, her friendship with onetime bestie Kelly Henderson is officially over.

The beef between the two began when some of the show’s fans started speculating Kristin’s husband, Jay Cutler, and her glam squad member were having an affair after seeing their interactions last season on "Very Cavallari." Kristin herself never believed any of the talk, but was not thrilled with how Henderson’s public reaction to the gossip, or lack thereof.

After they both vented to mutual friend and colorist Justin Anderson about what went down in last week’s episode, Kristin still wasn’t ready to throw it all away and reached out to an astrologer to dig into their charts.

"I almost feel like I’m grieving Kelly and that relationship, it’s definitely a huge loss in my life," said Cavallari before the session, in which the astrologer laid out their strengths and weaknesses as friends.

While Kelly didn’t appear in the episode, the astrologer explained that Kelly is a "double water," which means she’s all emotion and doesn’t believe she does anything wrong. While the two were compatible when things are good, the same can’t be said when they’re on opposite pages.

Cavallari called the reading "on the nose," saying that when they’re bad, "we don’t speak the same language." The astrologer then suggested that, to move forward, they stay away from "debating who’s right and who’s wrong" in the situation.

The session prompted Kristin to reach out to Kelly one last time, asking herself, "What’s the worst that could happen?" According to Cavallari, the text read, "I miss you and this has been absolutely killing me. I’m sorry, I know I’m tough when I’m hurt. I love you and we need to fix this."

Though Kristin said she wanted to "save" her friendship, she claimed Kelly never responded to the message. Speaking with her friend Pip, Cavallari said, "She just didn’t respond and so I don’t know what else to do. I feel like honestly I’ve done everything I can do."

Pip asked whether Kristin believed fame got in the way of their friendship, something Cavallari answered affirmatively. "That’s what all of her actions say," she told her. "Everything she was doing was all around the show. I get the hustle of wanting to make something from this, I respect it, I get that. But when that’s the only thing you care about and you don’t care what friendships you’re throwing away with that, that I’m not cool with."

Cavallari thought the two had "way too much history" to be icing each other out, but said Kelly’s lack of response was "the final straw in the friendship."

Speaking with her husband at the end of the episode, Cavallari said she believes everything happens for a reason and she was "really thankful" to have Kelly in her life in the past. "I see her in a different light now," she added, "a lot of things make sense to me now."

She added that she’s looking at this as "closure." According to PEOPLE, they haven’t spoken since the fallout.