John Millman had compared his odds of upsetting Roger Federer at a grand slam for a second time to that of the rare natural phenomenon.

In a pulsating encounter the six-time champion had to call on all his fighting qualities, trailing the Australian 4-8 in their deciding super tiebreak, which is first to 10. 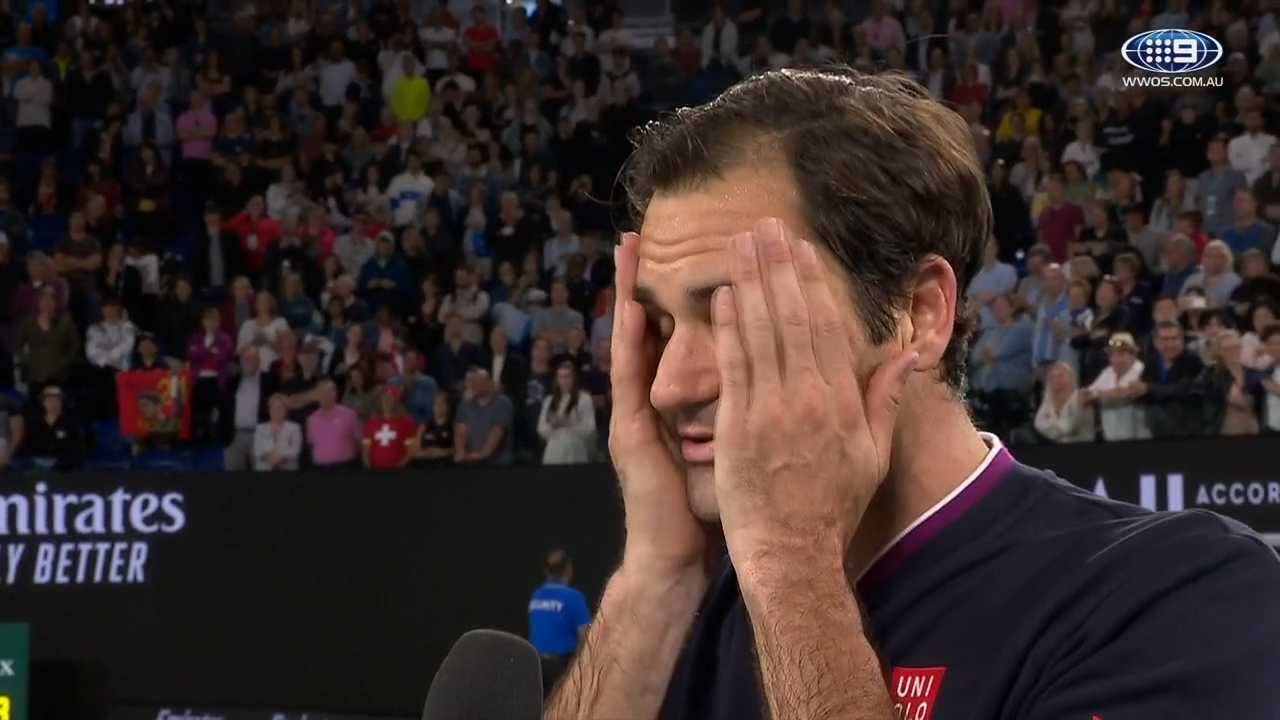 Federer managed to reel off six straight points to secure the victory, icing an unprecedented 100th win at the Open with a forehand winner.

Across the whole match Federer won 181 points to Millman's 178.

"It was tough – thank God it is a super tie-breaker otherwise I would have lost this one," Federer said.

"I think John played a great match and he might as well have been a hero in the match.

"It was a great fight and it came down to the wire at the end and a bit of luck, maybe.

"I never really felt comfortable and I thought John did a great job of keeping me on my back foot, that I couldn't always step in until the last shot.

"I went to go for it and he picked the wrong side."

He admitted in a post-match interview on court with Jim Courier that there was a point where he thought he would not win.

"He kept coming up with goods, and I thought, 'Okay I guess I tried'. I didn't play too bad overall and I was getting ready to explain myself at the press conference," Federer said. 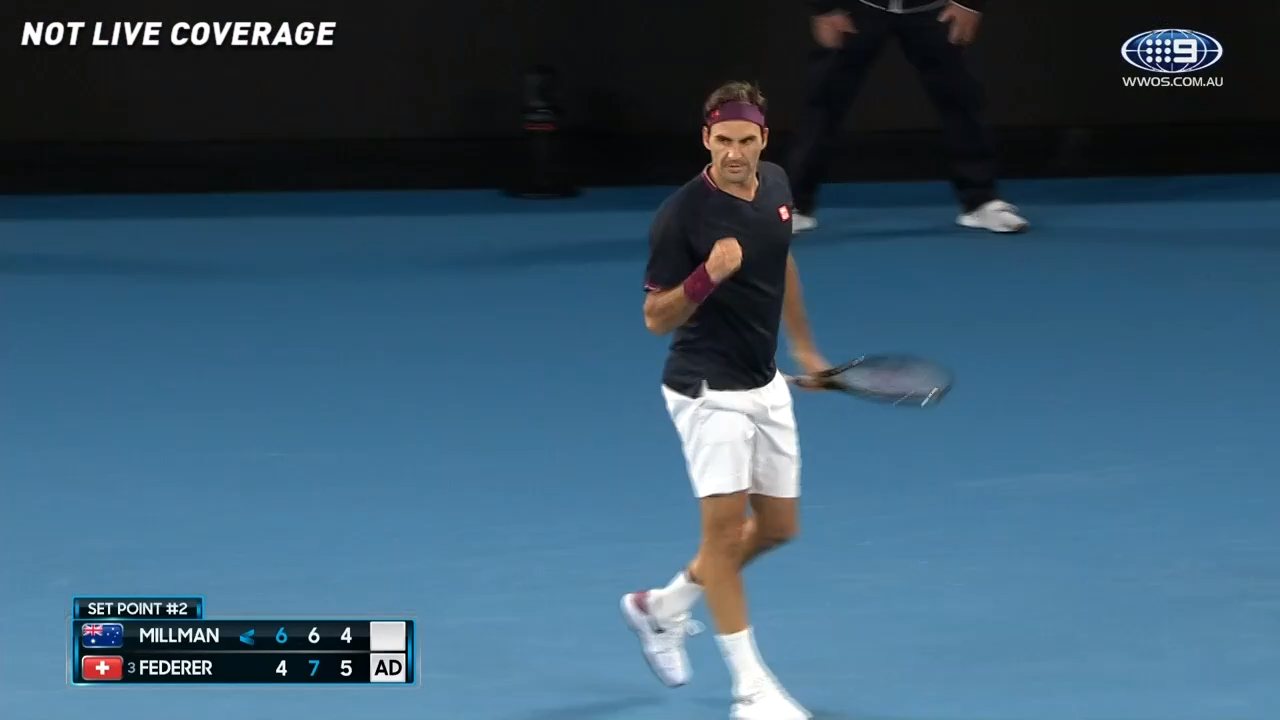 Lasting four hours and three minutes and ending just before 1am, world No.47 Millman was the better player for large parts of the match.

Federer made an unlikely 82 unforced errors but Millman was unable to make the most of his chances.

As well as his commanding tiebreak lead the Queenslander broke the world No.3 early in the fifth set but wasn't able to consolidate on his own serve.

He had another opportunity to break the Swiss great at 3-3, with two break points but that window snapped shut. 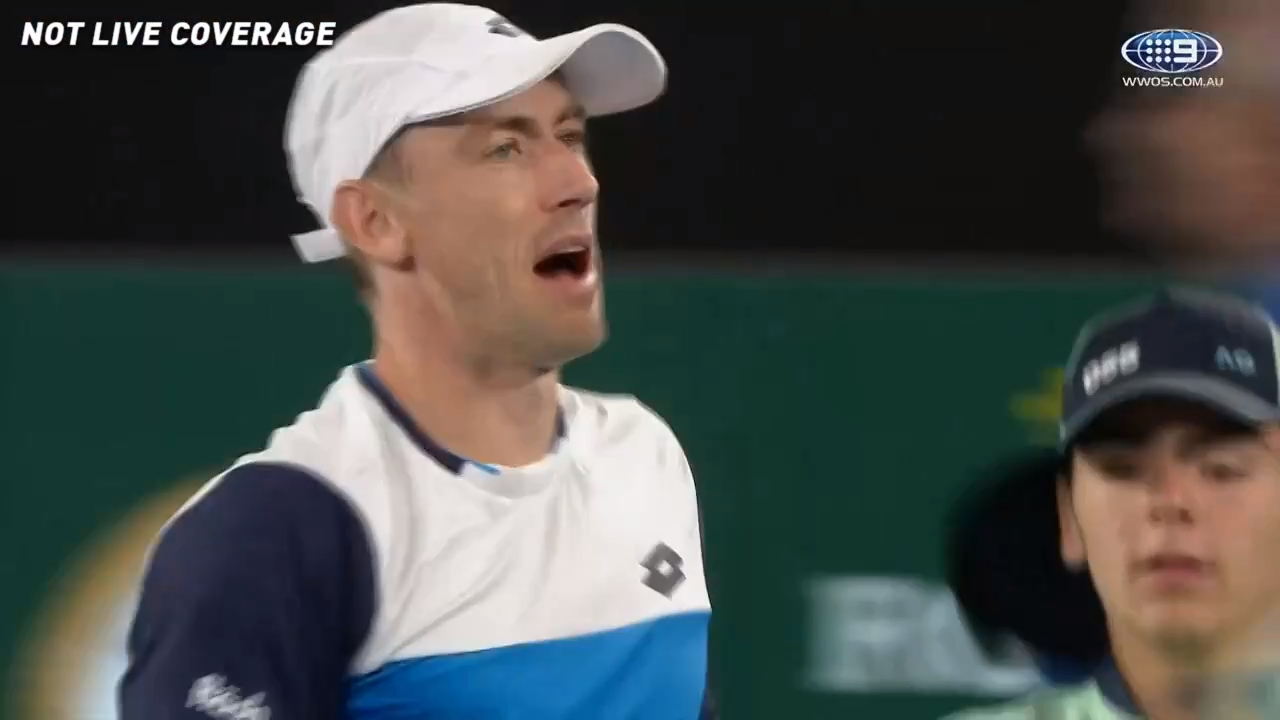 While devastated with the loss, Millman said he couldn't have done any more.

"Yeah, I'm disappointed – I left it all out there and I didn't win," he said.

"Obviously would have been great to have served an ace and have a few matchies and put it to bed but it didn't happen.

"You know, s—, I played some all right tennis to get to that stage."

Federer next meets Hungarian Marton Fucsovics with world No.12 Fabio Fognini the only other seed left in their depleted quarter of the draw.

Stream every match and every court of the Australian Open on 9Now. 20 January – 2 February 2020.