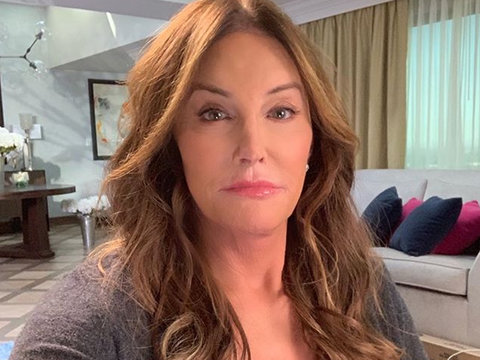 Caitlyn Jenner is setting the record straight over why none of her family members came to greet her when she left "I’m A Celebrity… Get Me Out Of Here."

While speaking to OK! Magazine UK, the reality star, 70, defended her family’s absence, admitting that she wasn’t expecting any of her kids to fly out as she "never" actually asked any of them to come in the first place.

Caitlyn Jenner discusses her I’m A Celeb experience, backlash the Kardashian’s got and her life now. To get the full story, pick up a copy of OK! magazine out nationwide now.

"I felt a little bad that my family was taking hits on [why] they weren’t there when I got out of the jungle," she said. "To be honest with you, I didn’t expect anybody to be there and I didn’t even ask anybody to come down."

"All my kids, everybody, are all working, fortunately very successful, they’re doing great," she continued. "They knew I was down there, they followed me although they couldn’t follow me on the show because it was only in the UK. They followed me on Instagram and YouTube. They saw a lot, they talked to Sophia [Hutchins] so they knew I was okay."

Caitlyn again reiterated, "But my kids, I never expected them to be there or would I even ask them to go all the way down there."

The former Olympian then pointed out how she was met with a warm welcome from her family when she came home. "But they did when I got home throw a party," she said. "I had balloons in the house, welcome home. Yeah, they were great when I got back and they all wanted to know how I did."

At the time, Caitlyn shared a pic of the silver balloons from Kylie and Kendall on her Instagram. "Thank you my baby’s [sic] @kendalljenner @kyliejenner," she captioned the post, below.

Thank you my baby’s @kendalljenner @kyliejenner

In the same interview, Caitlyn also opened up about how her life is much simpler after she came out as trans in 2015.

"Anybody who deals with gender dysphoria and their identity kind of struggles with it," she said. "Every journey is a different journey. Mine was certainly different than anybody else’s, mine was very unique."

"For many years I struggled," she continued. "My life was very complicated and so it made it very difficult to exist because I couldn’t live my life honestly, wake up in the morning and just be myself…Today I can just live my life authentically. My life is so simple."

The "KUWTK"star also offered some insight into her love life. Caitlyn, who has been married three times, admitted that she doesn’t plan on finding love again.

"To be honest with you, I don’t see myself having a relationship with anybody in the future," she said. "It’s not what I’m looking for. I’ve got so many other things in my life. On a scale of one to 10, that’s a one. I’ve been married three times.

"I’ve been done that road," she continued. "I’m 70-years-old, I want to enjoy my life and I have great friends. I don’t even think about it."

Caitlyn, as Bruce at the time, was first married to Chrystie Scott from 1971 to 1981 and had two children Burt and Casey. Her second marriage was to actress Linda Thompson. The former couple had two sons, Brandon and Brody, before splitting in 1986. In 1991, Caitlyn married Kris Jenner, with whom she had daughters Kendall and Kylie and became a stepparent to Kourtney, Khloe and Kim. They split in 2013, shortly before Caitlyn’s came out as transgender.