Married mums, single mums, co-parenting mums, husband-works-away mums — it seems there are so many different types of mums these days.

And with this comes an undercurrent of martyr-ism — who works harder, who has less breaks — the list goes on.

But let me tell you something: There is no hierarchy. No award for the group doing it the toughest. We are all mums. And whether we have risen to the challenge with grace and dignity, or are fumbling-by like something from comedy sketch, we are all doing our best.

Having been party to the status of both married and single mother, here are some of the more notable differences I have experienced. 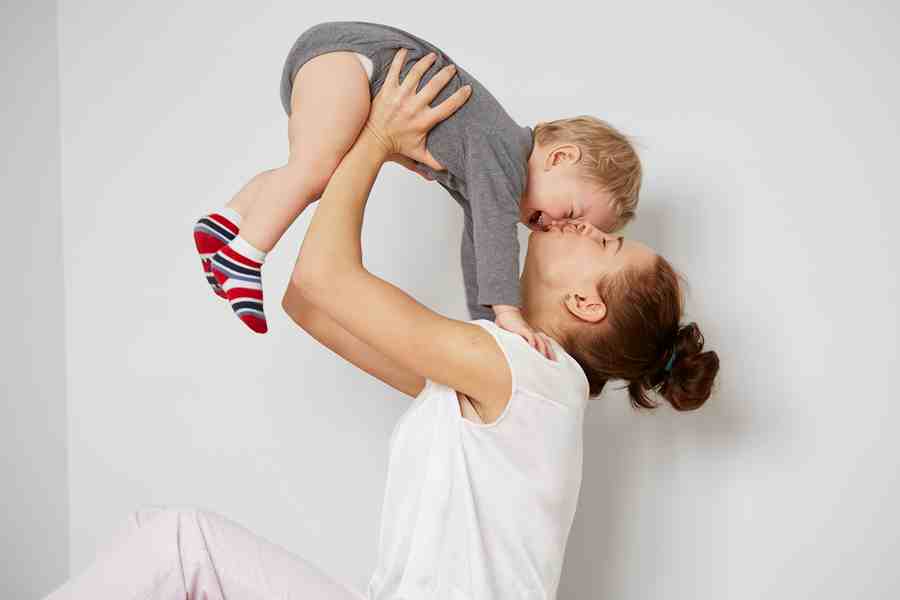 Meal time for the married mum is a conventional procedure. Meals must be real. Well ‘meat and two veg’ at the very least. Providing a dinner your man will love, as well as your kids, can prove complex. But for the married mum, having a helping hand at dinner time is invaluable. Someone to monitor the kids’ manners, moderate the food fights and clear the plates… that is, if you don’t have an argument about how to load the dishwasher.

Whereas, the single mum’s meal time is a far less grand affair. In fact, without the watchful eye of another adult, the single mum can, and often does, stray far from the rule book. The key is to keep it easy. The single mum has standards, but has also been known to serve cereal or chocolate cake if the mood takes her. She lacks a helping hand but she finds it runs more smoothly her own way… not that she’s a control freak or anything. When it comes to the big decisions in life, the married mum has hubby for support. Whether it’s what town to live in, where to holiday or when to take the lasagne out the oven, she has a diamond resource here. Of course, nothing is perfect and even diamonds lose their sparkle. Unless the married mum is on the same page as hubby, decision-making can turn from simple to ‘see you in court’ in no time.

The single mum has only herself to rely on, she will take advice from friends, Facebook support groups, the friendly lady on the Coles checkout. Then decision made. Easy. Well, not always. The single mum may agonise for days, weeks, even months about the right decision to make. It may drive her cat-woman crazy. And, even when the deed is done, she will wonder if she did the right thing. Oh yes, decision-making can be the devil’s advocate for the single mum.

A night out is a real treat for the married mum. Stepping out of her sometimes mundane married mum world is like visiting a parallel universe where school runs and snotty noses don’t exist. With ‘date night’ high on the list of marital musts, the married mum enjoys nights out with hubby (desperate for his night of beer and bed action). Yet, sometimes, she needs a REAL break — from everything (hubby included). And that means a good old girly night. Yet, with only so many free passes, date night (and the saviour of the marriage) prevails.

If a night out is a treat for the married mum, then for the single mum, it is the Holy Grail. An event worthy of much excitement. And, being able to bypass a hubby means gathering the girls for the ultimate fandangle. However, the single mum’s night of freedom has its drawbacks. The lead-up is a military operation. Getting everything organised is exhausting, and may leave her questioning if it’s really worth it. And then there’s the ‘pumpkin effect’, as she walks from revelling to responsibilities the minute she returns home. By nature, the married mum has more weight to her purse than her solo counterpart, making shopping more fun. There is nothing as enjoyable as spending another person’s money. Yet, this comes with a drawback. Consideration must be taken with purchases that aren’t strictly necessary. Will yet another fluffy cushion be considered an extravagance in hubby’s eyes? Perhaps it can be tucked behind all the other fluffy cushions. ‘New? I don’t know what you mean. We’ve had that old thing for ages’.

The single mum on a shopping spree has to take a little more care. With a wage that is wiped-out by necessities, each purchase must be considered carefully. Getting carried away at the counter causes big problems later when the big-boy bills roll in. But she’s pretty organised, after all, she now has total financial control. So, if the money is there and she wants it, she will damn well buy it. No explanation or stealth strategy to sneak it into the house needed.

Navigating the mothers at kindy or school is child’s play for the married mum. Chatting about the woes and wins of married life, safe in the knowledge that her family is happily intact. But with such success in the family stakes, the married mum is ripe for the picking for the PTA. And there are few escape routes. Those with the support of a husband are expected to volunteer generously. The married mum is part of the fold, whether she likes it or not.

Meanwhile, the single mum will do anything to avoid the playground politics. With barely time to take a pee, school ground socialising is a luxury she can’t afford. And if the single mum does venture in, she must act with caution. Not being a regular on the scene, the dynamics are daunting. A simple chat with a married mum’s hubby may be perceived a brazen attempt to woo him to bed. But the single mum will use her status in her favour here, and can extricate herself from all manner of PTA events with the plea of single mum sanctuary.

PSA: Women Don’t Need To Be Manhandled; A Simple ‘Excuse Me’ Will Work Are you a single mum? What was it like for you?