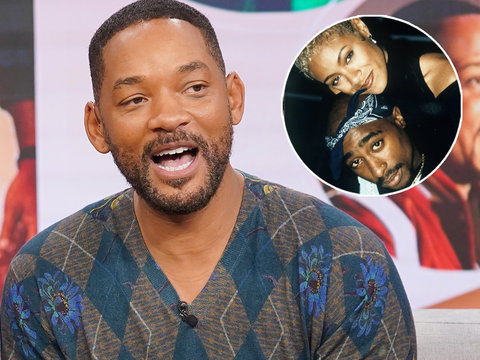 Will Smith is secure enough in his marriage to Jada Pinkett Smith to admit he was "deeply, deeply insecure" about her relationship with Tupac Shakur.

Will and his "Bad Boys for Life" co-star, Martin Lawrence, stopped by "The Breakfast Club" Monday, where co-host Charlamagne The God asked the former if he was "ever jealous of the love Jada had" for the slain rapper.

Jada and Tupac met at The Baltimore School for the Arts when they were both students. She’s said in the past that they did once share a "disgusting kiss" and decided to keep their relationship platonic.

Even though he knows their connection was never romantic, Will still felt some type of way about it because he knew Jada held Tupac in such high regard.

Despite Jada’s best effort to bring the guys together — "Ya’ll are so similar!" — the two were never able to connect because Will simply "couldn’t handle it."

"I was the soft rapper from Philly, and he was Pac," he recalled, reiterating that not forging a relationship with the West Coast hip-hop legend is still one of his biggest regrets. "I was deeply, deeply insecure. I wasn’t man enough to handle that relationship."

Will met Jada on the set of "Fresh Prince of Bel-Air" in 1994. Tupac was shot dead in 1996, and the Smiths were married the following year.