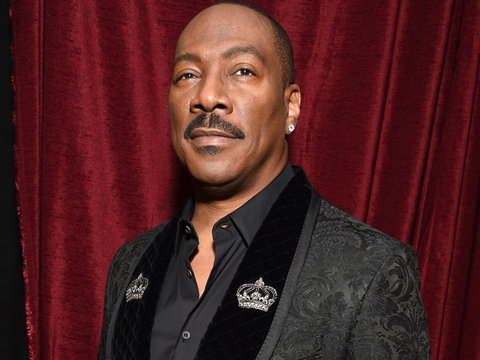 The reason Eddie Murphy took a break from Hollywood is actually the very thing he doesn’t have in common with some of the greatest entertainers of his time — at least according to him.

Speaking to Vanity Fair as part of the publication’s Hollywood issue, the 58-year-old stand-up comic-turned-Oscar-nominated actor revealed why he stepped away from the limelight circa 2012, while perhaps wishing his "contemporaries" — including Michael Jackson, Prince and Whitney Houston — had done the same.

He began doing stand-up comedy at the age of 15. At 18, he auditioned for "Saturday Night Live" and landed the gig. From there, he went on to play "everything from an old lady to a donkey — literally! — and everything in between. Middle-aged women, and old Asian people, and an old Jewish guy, and I even played a spaceship once!"

When asked what about making movies began to make him "sad," he explained it was "just the process. Just the process of being on set in the movies, at the level that I was making movies from a really young age, and to be doing it constantly. Just the whole sitting in the trailer and waiting, and all the little… Making a movie is a collaborative effort."

"My career, or what I am as an artist, that’s not at the center of my life," he went on. "At the center of my life is my family and my kids. That’s the principal relationship, and everything comes after that. I have 10 kids, and I’m present, and I’m part of their lives. You got to have some kind of balance with career and personal life."

"I started making movies when I was 20, and I auditioned for ‘SNL’ when I was 18, so that’s 40 years ago," he explained. "So I had a little crossroads where it was like, ‘It’s time to back off, and sit on the couch and just be Dad.’ Now, I just want to do stuff where there’s an emotional hook, and it’s something that I’m really into, and not just doing it because, you know, somebody flashed a big dollar sign in front of you."

At the mention of his Redd Foxx shout-out in "Dolemite Is My Name," Murphy expressed sadness — almost disappointment — as he explained he’s "buried a lot of famous people," including the "Sanford and Son" actor. He didn’t mean literally; he meant he’s forked over many a funds to pay for famous friends’ funerals.

Though he didn’t physically pay for the burials of Jackson, Prince or Houston, Murphy did kind of lay them to rest emotionally.

See Also :  Fantastic Fest 2019 Day Five Recap: ‘The Lighthouse’ is a Genre-Obliterating Masterwork and ‘In the Shadow of the Moon’ is Fun, Twisted Sci-Fi

"Without getting into the logistics of what they did, as to why they’re not here, what they all had in common was that their career, their life as artists, was all-consuming," he added. "That was that. The center of their whole shit, their life revolved around them as artists. Everything else suffered as a result of that. Your personal relationships, and your finances, and all that stuff. Substance abuse problems. All that stuff [happens] because show business can’t be what’s at the center. Especially if you get to reach these highest levels, and you’re Michael Jackson or you’re Prince, or you’re Elvis. If you’re sitting on that, and show business is everything, that’s the recipe for early exit."

Murphy added that he wants to "stay the person that I am and spend as much time as I can with my family, and the people that I love."

To read his full interview with Vanity Fair, click here.