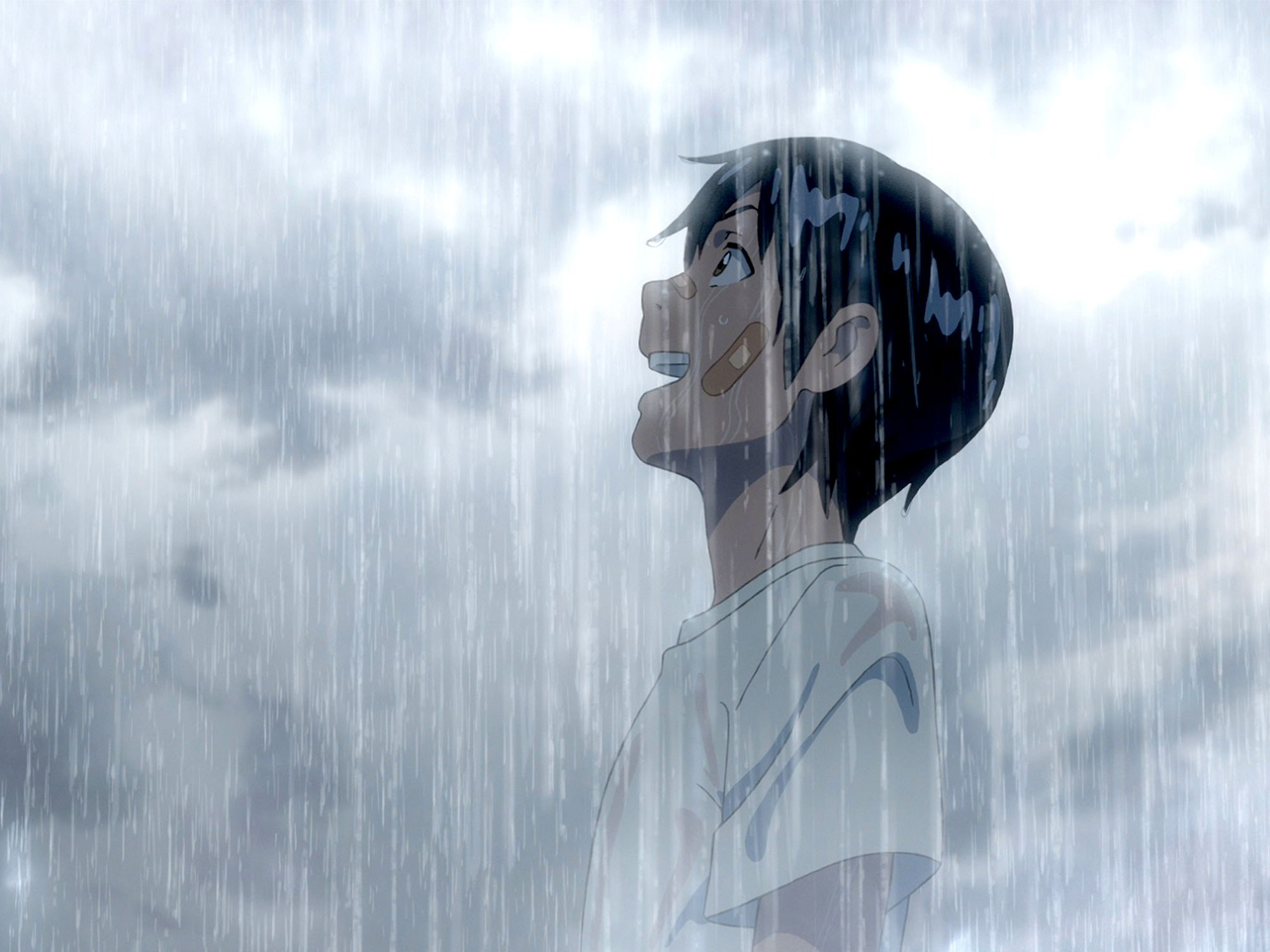 Rain has always been a prominent natural force in the work of Japanese animation director Makoto Shinkai’s, emblematic of a sort of spiritual connection between Heavens and Earth. In Weathering with You, his follow-up to the acclaimed fantasy romance Your Name, this connection has been thrown out of balance, and the appearance of rain has shifted into something more oppressive and ominous.

The film is set against the backdrop of catastrophic climate change and follows 16-year-old Hodaka Morishima, a runaway fending for himself in an alternate Tokyo where it hasn’t stopped raining for several months. While mileage may vary with Shinkai’s particular brand of melodrama, there’s no denying the pleasures of the film’s tactile, detailed and beautifully painted animation.

Grandiose technical flourishes emphasise the film’s emotional peaks with a perfect mixture of CG and digital painting, displaying sweeping vistas in tandem with Hodaka’s bleeding-heart narration. The film also bears all of the narrative hallmarks of his previous work: the band Radwimp’s original score kicks in as the virtual camera dramatically tilts to the sky; teen romance is threatened by ancient Japanese prophecy; and horniness overcomes apocalyptic disaster.

Despite the grand scope of the plot, Shinkai still values the little dramas of being a teenager, whether that’s Hodaka’s paralysing fear and excitement over going to a girl’s house for the first time, or his burgeoning feelings for a girl whom he fears might be completely beyond his reach. It would be a mistake to think that Weathering with You is strictly about climate change, as this is a fantasy romance first and foremost.

See Also :  RIP Terry Jones – In praise of Mr Creosote and The Meaning of Life

There’s no real solution to environmental catastrophe, but the closest thing to it is a moment where Hodaka and his friend and saviour, Hina, find themselves falling together, hand in hand. Perhaps the faith that everything will be okay in each other’s company is where Shinkai sees our salvation.

The post Weathering with You appeared first on Little White Lies.