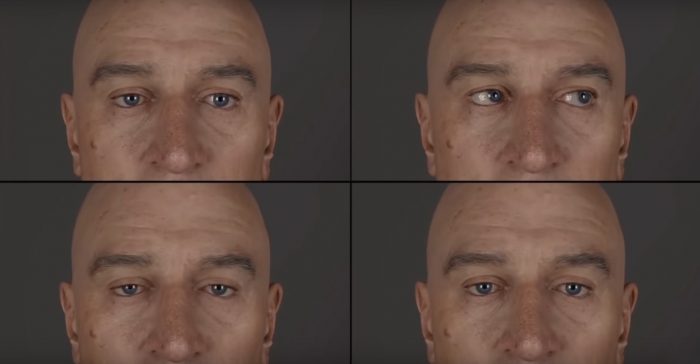 The Morning Watch is a recurring feature that highlights a handful of noteworthy videos from around the web. They could be video essays, fanmade productions, featurettes, short films, hilarious sketches, or just anything that has to do with our favorite movies and TV shows.

In this edition, VFX artists react to the de-aging technology used in Martin Scorsese‘s The Irishman, which was nominated for an Oscar for Best Visual Effects, and a few more movies. Plus, The Hollywood Reporter has an actress roundtable with Renee Zellweger, Jennifer Lopez, Scarlett Johansson, and more. And finally, Jude Law breaks down his career on film on television.

First up, the gang from Corridor Crew takes a look at the Oscar nominated de-aging visual effects used on Robert De Niro, Al Pacino and Joe Pesci in Martin Scorsese’s The Irishman. Plus, they also take a look at some of the effects used in movies like Behind Enemy Lines with Owen Wilson, the indie sci-fi thriller Upgrade, and Neill Blomkamp’s Elysium with Matt Damon,

The Hollywood Reporter is back with another roundtable, this time with some of the buzzed about actresses from this awards season. The nearly one-hour discussion includes Jennifer Lopez (Hustlers), Scarlett Johansson (Marriage Story, Jojo Rabbit), Renée Zellweger (Judy), Lupita Nyong’o (Us), Awkwafina (The Farewell), and Laura Dern (Marriage Story, Little Women) all talking about their careers, the kind of roles women get, each of their praised roles up for awards, and much more.

Finally, Jude Law sat down with Vanity Fair to take a look back at his career, including The Ragged Child, Gattaca, The Talented Mr. Ripley, A.I. Artificial Intelligence, Cold Mountain, Closer, The Holiday, Sherlock Holmes, Hugo, The Grand Budapest Hotel, Fantastic Beasts: The Crimes of Grindelwald, and his returning series The New Pope.