Did you hear Shredder is becoming Green Ranger in the TMNT/Power Rangers limited comic series? Would you watch a Disney+ series with Adrianne Palicki as Mockingbird? Is New Mutants connected to the MCU or not? Ready for a new Bloodshot trailer tomorrow? Which European city will be used for Gotham City in some Batmobile scenes in The Batman? All that and more in this edition of Superhero Bits.

Here’s a new teaser for the upcoming conclusion to the big Arrowverse crossover Crisis on Infinite Earths.

Zoe Kravitz talked about taking on the role of Catwoman in Matt Reeves‘ The Batman on The Ellen Show.

Here’s a video of Tobey Maguire from Spider-Man 3 dancing with Joker on the stairs, and it’s all very silly.

Adrianne Palicki would like to return as her Agents of SHIELD character Mockingbird for a Disney+ series.

Here’s a tease of the next eighth episode of the animated Harley Quinn series still going strong at DC Universe.

A recent D23 newsletter said New Mutants was part of the MCU, but Disney has since removed that little detail. 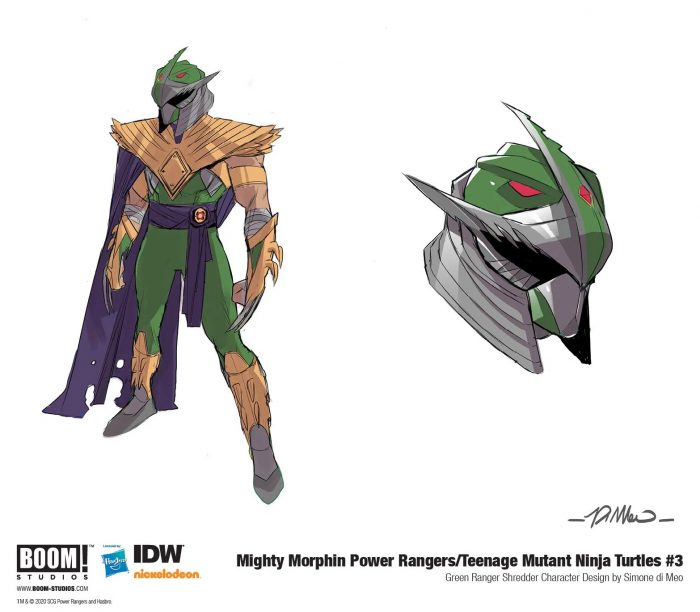 Shredder becomes the Green Ranger in the third issue of the TMNT/Power Rangers crossover comic book.

The synopsis for the series finale of Arrow has been revealed, but it’s not really giving much away for the story.

Due to the amount of graphics and images included in Superhero Bits, we have to split this post over THREE pages. Click the link above to continue to the next page of Superhero Bits.