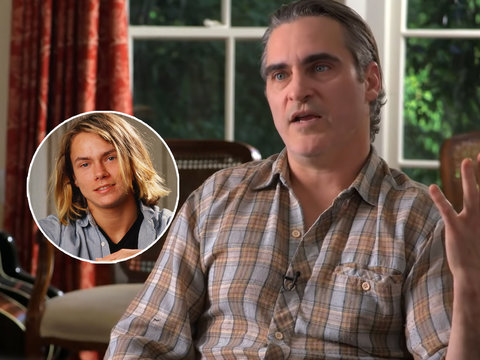 Joaquin Phoenix and his family have been famously reluctant to talk about the tragic passing of his brother River.

Now nearly 27 years after the actor’s death, the Phoenix family have opened up about their grieving process with Anderson Cooper for "60 Minutes".

On Sunday’s program, the "Joker" star recalled how he felt media coverage of his late brother’s passing "impeded on the mourning process."

River died of a drug overdose at the age of 23 outside The Viper Room in West Hollywood in 1993. Joaquin, who was at the club with his brother that night, was only 19 at the time.

"During that time in which you’re most vulnerable, there are helicopters flying over, there are people that are trying to sneak onto your land," he added. "Certainly, for me it felt like it impeded on the mourning process."

Joaquin and his family also spoke about how they still feel River’s presence in their lives even after so many years later. However, the grieving process never ends and feelings of mourning can reemerge unexpectedly.

"The grieving process happens out of nowhere," Joaquin’s mother Heart explained. "Ya know, I’ll be driving and all of a sudden I will feel it. And I’ll just welcome it."

"I feel like in virtually every movie that I made, there was a connection to River in some way," Joaquin said. "And I think that we’ve all felt his presence and guidance in our lives in numerous ways."

Earlier in the interview, Joaquin recalled how River would recommend movies when they were younger. But it was one film that changed his perspective on acting: "Raging Bull."

"I think it just… awakened something in me. And I could suddenly see it through his eyes," he said. "There’s a part in ‘Raging Bull’ where [Robert] De Niro meets a girl in between a chain-link fence. And he, you know, shakes her pinky and it’s like this just beautiful little detail, it’s this wonderful moment. And I think that in some ways is what I’m always looking for."

"What are the possibilities? What more can we say? Our experience, the human experience, in this moment," he added.