Welcome to the Month of Me, where every day in January we’ll be publishing a new fashion, beauty, or wellness article featuring a first-person account of shaking up an old habit, pushing beyond a comfort zone, or simply trying something new. Follow along for 31 days of storytelling, including what it’s like to quit alcohol for 80 days, try Beyoncé’s very strict diet, or completely overhaul your closet.

Everyone knows that feeling. You look into your closet and feel like there’s nothing to wear even though it’s probably overflowing with garments. You’re the spitting image of Cher in Clueless, pouting in front of a disastrous pile of clothing. Several months ago, I came to the crushing realization that I was Cher.

Since I work in fashion, there are constantly new pieces coming in and never an equal amount of outdated pieces going out. On top of that, I’m trading in my rather spacious L.A. apartment and selling my mobile closet—I mean car—for a much smaller NYC apartment, a city where even having a standard closet is considered a luxury. I didn’t just need a routine closet cleanout for the sake of a clearer headspace and smoother getting-dressed routine (though I’ve definitely benefitted from those). I needed to totally gut my closet. So when the team at the emerging resale app Mercari reached out to me about cleaning out my closet and selling my unwanted wares on the platform, I didn’t think twice.

I worked with Mercari’s chief stylist and professional organizer Anna De Souza to rid my closet of the excess, organize everything, and (hopefully) make money off of what I no longer needed. Two hours, four garbage bags full of old clothes, and a handful of Mercari listings later, and my closet and I were back in business. After working with an expert like De Souza, I learned just how many mistakes that were keeping me and my closet so disorganized—and I’m vowing not to repeat them. Keep scrolling to read about my key takeaways, from knowing what to ditch, how to keep my clothes organized, and how to successfully turn a profit selling on the app.

I got rid of a lot of items that qualify as multiples. I pared back items like black trousers, pajama sets, and button-down shirts that I didn’t even realize I owned so many versions of.

We’ve all been there. I’ll wear these once I get in better shape. As a rule of thumb, if you haven’t worn them in six months, they need to go. And part of that is also creating space for things that you feel good wearing today (not in the hypothetical future).

A bomber jacket from my grandmother’s closet. The dress I graduated from college in. A necklace from an ex-boyfriend. These items hold so much meaning because of all the memories associated with them, but De Souza challenged me to take another look at them and ask myself if they really added value to my life or were merely taking up precious real estate. Surprise, surprise—the latter was true for almost all of them.

Mistake #3: Not taking the time to steam or iron delicate pieces before putting them back.

Going through everything one by one made me realize that a solid chunk of my clothes was unwearable because they were wrinkly. The fact is that I wasn’t taking the time to steam them, I’d just choose something else to wear instead especially if I was rushing to get dressed. A quick fix? Take a few minutes to steam these delicate pieces before putting  them away, so they’re fresh and ready to go for next time.

Mistake #4: Thinking that minor stains and rips can’t be mended and tossing the “faulty” pieces.

A little extra care in mending a stain or rip can go a long way if that is, you really love an item. But the flip side is also true: pieces that are past the point of fixing shouldn’t be taking up space in your closet.

Mistake #5: Using random hangers rather than uniform ones.

One of the first things De Souza did once we decided on the final “keep” pile was to replace all my random and clunky hangers with sleek felt ones that created a cohesive look to my rolling rack. Whereas before I used an amalgamation of plastic hangers from the dry cleaners or a recent shopping trip, now everything hangs on identical hangers—and it has the effect of giving my garments more value.

Mistake #6: Organizing everything by item type.

I used to organize my rolling rack based on item types like blouses, skirts, pants, etc. but she suggested we arrange them according to color, something I wouldn’t have thought to do. It not only looked way better in my room aesthetically-speaking, but it actually became easier to spot pieces I was looking for and I’ve found that now I’m more likely to wear pieces that used to collect dust since I can see everything pretty much equally.

Mistake #7: Folding items in half (instead of rolling).

This was an obscure organizational tip. I didn’t think there was any issue with the way I had folded the clothes on my shelves but alas, De Souza taught me to roll my clothes, especially my jeans and once we did so I was able to fit more in the space and see everything better. Plus, isn’t the look of rolled jeans just chic?

I’ve tried my hand at selling my clothes on an app before, but my approach was all wrong. I was putting too much effort into shooting and listing clothes that weren’t going to sell well, no matter how great I thought they were. De Souza advised me to select pieces from well-established brands to sell first and mentioned that household brands like Nike and Levi’s were some of the top-selling on Mercari. I selected a few jeans from brands like Levi’s and 7 For All Mankind to list as well as a few pairs of heels still in good condition.

Mistake #9: Not taking the time to shoot aesthetically-pleasing imagery.

De Souza advised me to shoot the items I wanted to sell similar to how I’d set up an Instagram shot. Good, natural lighting, clean backgrounds, and a prop or two (I used a houseplant) are all key components to creating a likable—and more importantly, sellable—product listing on the app.

After successfully selling a handful of shoes, jeans, and tops, my earnings were close to $300. I was officially impressed. To make that amount on other platforms I’ve used in the past, it would have taken me several weeks and dozens of product listings.

Next up, read about the styling mistakes that over-50 women have vowed not to repeat. 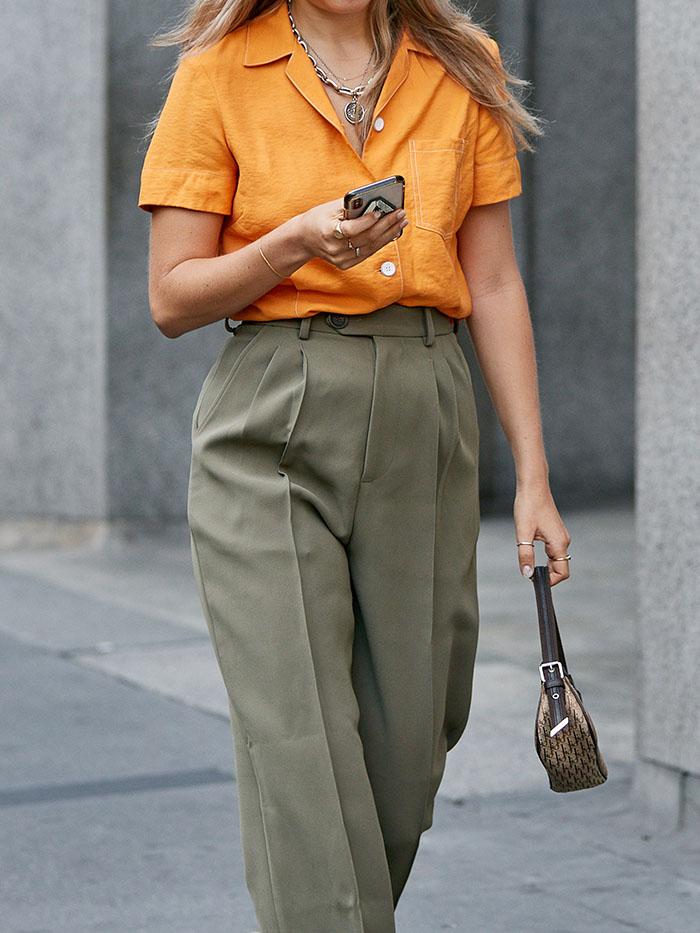