Michael Myers gets all the glory when it comes to the Halloween franchise, especially when it comes to collectibles. But many horror fans have defended Halloween 3: Season of the Witch as time has gone on, even without the masked slasher at the center of it. Now NECA is letting the horror sequel have its day in the sun with a new three-pack action figure set featuring the trick or treating kids who have their Halloween turned upside down when costume masks enchanted by mystical powers threaten their young lives. 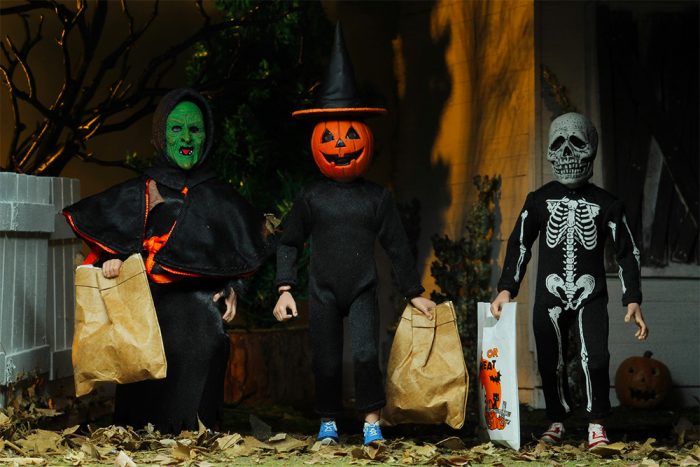 “It’s almost time, kids! The clock is ticking!” From Halloween 3: Season of the Witch, this set of clothed action figures includes the three iconic trick or treaters from the 1982 horror movie.

Each is dressed for a night of fun and each comes with two interchangeable heads: one in the distinctive Silver Shamrock mask and one displaying the effects of the triggered mask. These articulated figures stand approximately 6? tall and also come with trick or treat bags and a TV set accessory with lenticular effect. 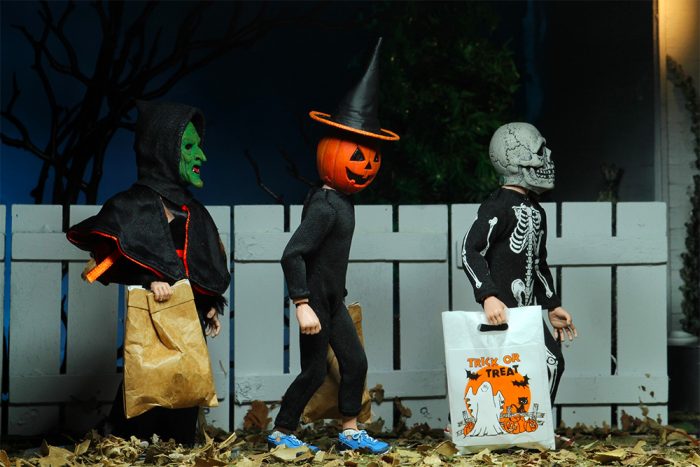 The inclusion of the lenticular television set is a nice touch, especially since it triggers the masks and turns them into horrifying faces when the Silver Shamrock commercial is broadcast on Halloween night.

If you want to get your hands on this Halloween 3: Season of the Witch action figures set, it will be available for purchase sometime in February, and will cost you $49.99. It’s never too early to get some Halloween action figures ready for this fall. You can see even more photos over at ToyArk.

See Also :  J.Lo's Versace Dress Turns 20: Everyone Who's Worn a Version of Her Grammy Gown!

The post Cool Stuff: NECA’s ‘Halloween 3: Season of the Witch’ Figure Set Has Tricks and Treats appeared first on /Film.