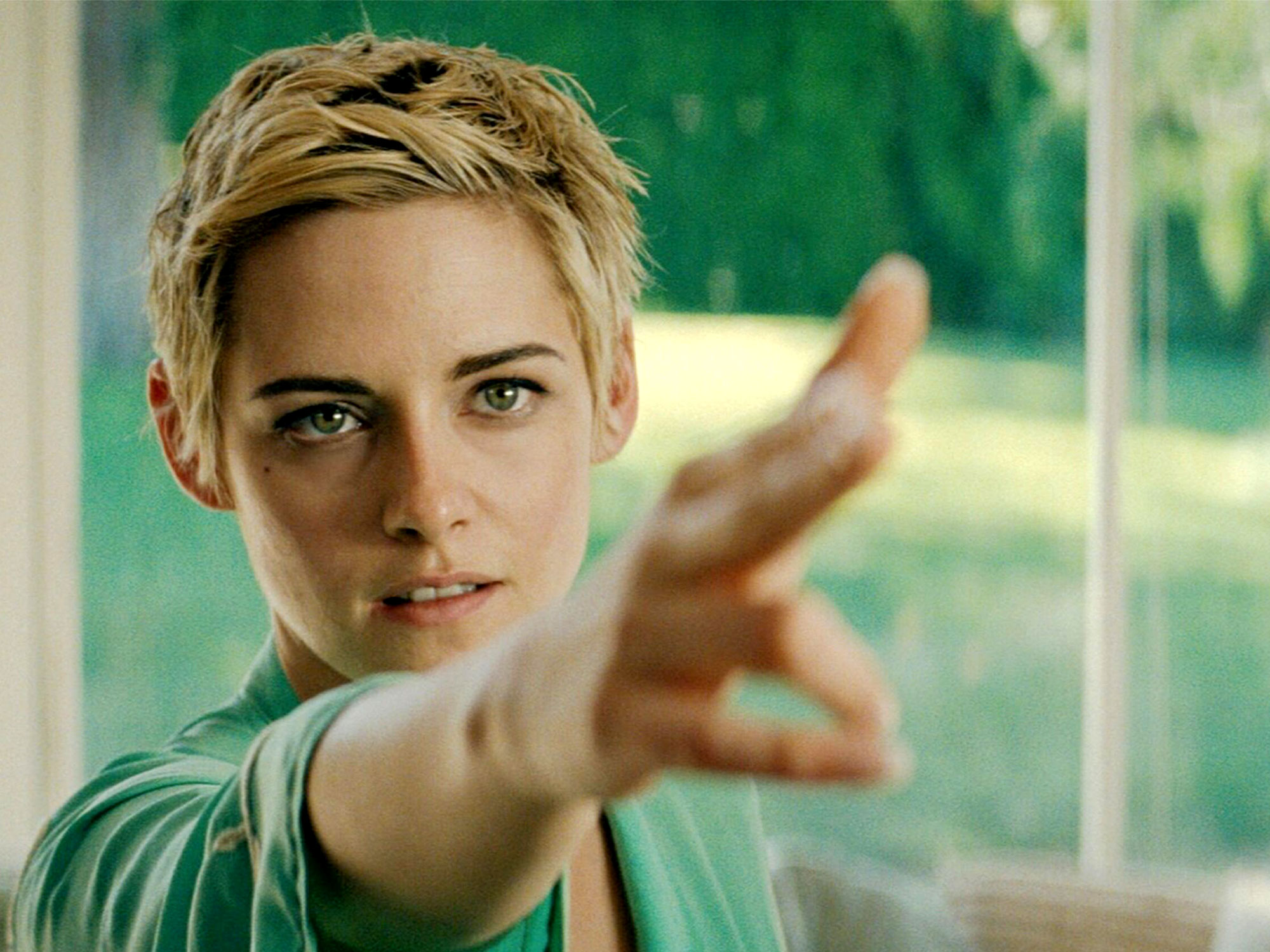 It brings us no pleasure whatsoever to deliver the news that Seberg, a stilted and slight biopic of the Iowa-born screen icon Jean Seberg, is something of a trainwreck. Part of the problem is the casting of Kristen Stewart in the title role – despite her best efforts, she is simply unable to capture the twinkle-eyed spirit of the soft-featured, imp-haired star of films like Jean-Luc Godard’s Breathless and Otto Preminger’s Bonjour Tristesse.

If feels like we’re watching Stewart attempting to insert her own persona into this story, and perhaps even pounce on the politically ripe material to air some of her own (entirely valid) grievances with regard to privacy and the political lives of celebrities.

The timeline of the film covers a brief sojourn Seberg spent in Hollywood at the behest of her agent, who was looking to cash-in on her darling status in Europe and plant her into some quickie genre movies. She leaves her husband and son back in Paris and she boards a Pan-Am flight to Los Angeles on which she meets the black power activist Hakim Jamal (Anthony Mackie), and decides to double down on her passion for donating large sums of money to radical political factions fighting for equality in America.

The subtext to all this is that, per the establishment, she’s openly framing herself as an enemy of conservative white America, so enter the FBI (Vince Vaughn and Jack O’Connell) and her prolonged persecution at the hands of the suited and booted deputies of Uncle Sam.

The film meanders from scene to scene, with much of the dialogue coming across as the actors merely articulating the themes or referencing the cultural climate of the era. There’s no real dramatic drive, emotion or unexpected twists, no visual flourishes or any formal interest beyond a vast array of impossibly glamorous costumes.