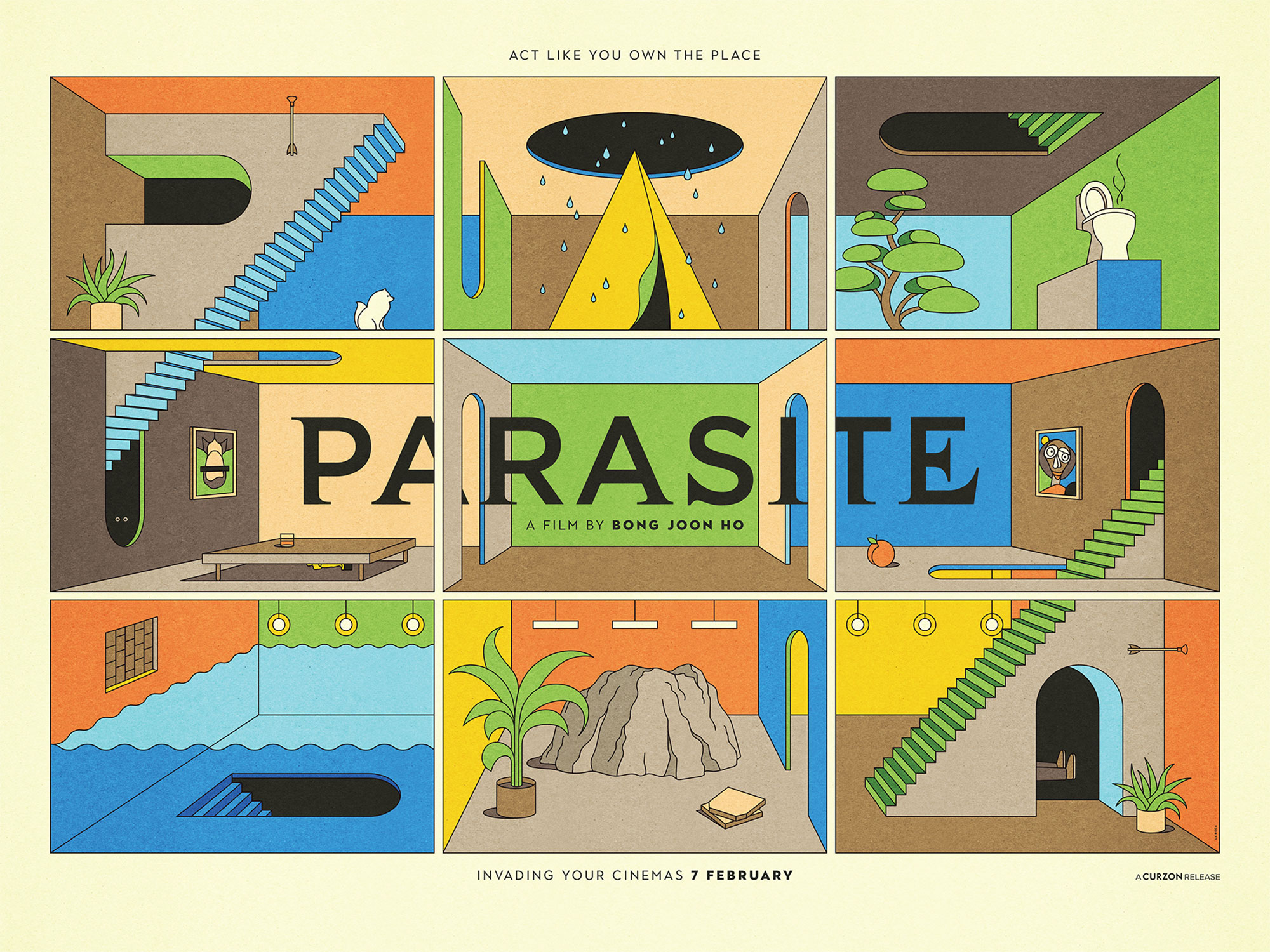 To mark the film’s UK theatrical release on 7 February, distributor Curzon Artificial Eye teamed up with the graphic design and illustration extraordinaires over at La Boca, who have rendered the tiered social strata of Bong’s domestic setting in spectacular fashion.

Parasite is littered with memorable moments, and this alternate artwork cleverly alludes to some of them. As well as a nod to the original international poster, there’s plenty of Easter eggs for fans to sink their teeth into, from a peach to Ki-woo’s “metaphorical” suseok. The eagle-eyed among you may also spot a hidden message in morse code. 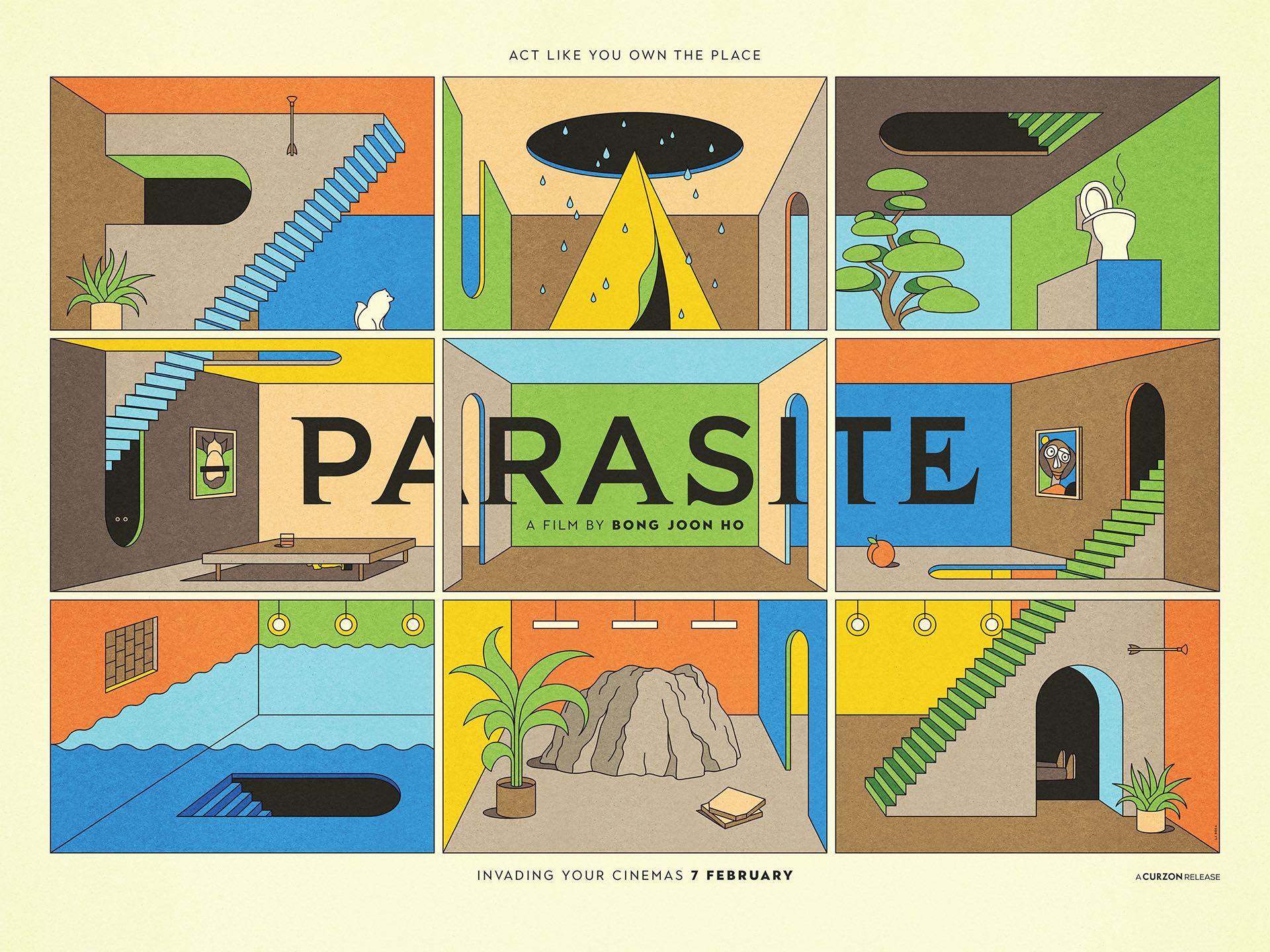 Renowned independent design studio La Boca have been behind some of our favourite pieces of alternate film art of recent years, including the 90th anniversary poster for Metropolis and recent work for Honey Boy and In Fabric.