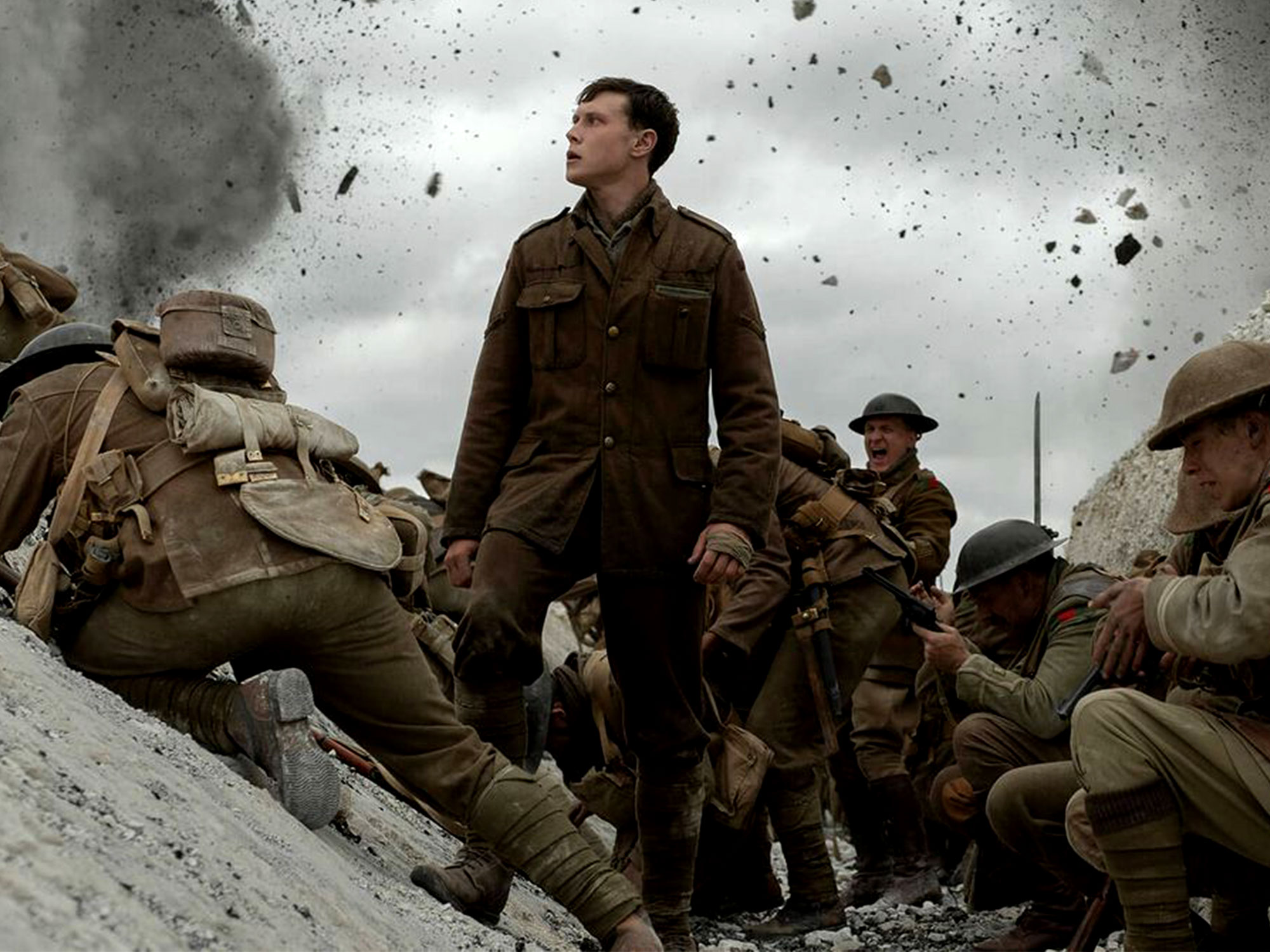 Stories. Sometimes it’s simply the way you tell ’em. You could look to the heart-in-mouth beach landing scene in Saving Private Ryan, or the chilling depiction of Russian roulette of The Deer Hunter, and take both a reminder as to how the overcrowded war genre often requires a dash of the different to stand out.

Stepping away from the James Bond franchise for the first time in seven years, director Sam Mendes has turned to a story shared by his paternal grandfather from his time fighting in World War One. The upshot is 1917, a film of threadbare plot but audaciously and thrillingly realised.

In the spring of 1917, the Germans initiated ‘Operation Alberich’, a plan to reinforce the defensive line in Hindenburg along the Western Front by way of strategic withdrawal. The very fact of their retreat suggested a beleaguered army on the back foot. It was a wily act of misdirection.

Against this historically verifiable backdrop, we find two young British privates, Blake (Dean-Charles Chapman) and Schofield (George MacKay), tasked with delivering a warning to the company of 1,600 servicemen who are preparing to make the Big Push.

The fields that Blake and Schofield traverse to reach them are desolate. Rats scurry over decomposing horses in the sodden soil. Deep craters house the bloated corpses and skeletal remains of the fallen. Booby traps and land mines lie scattered in the pastures. The etiolated complexions of the living they meet along the way bear testimony to both the bitter asperities and sturm and drang of life on the front line. 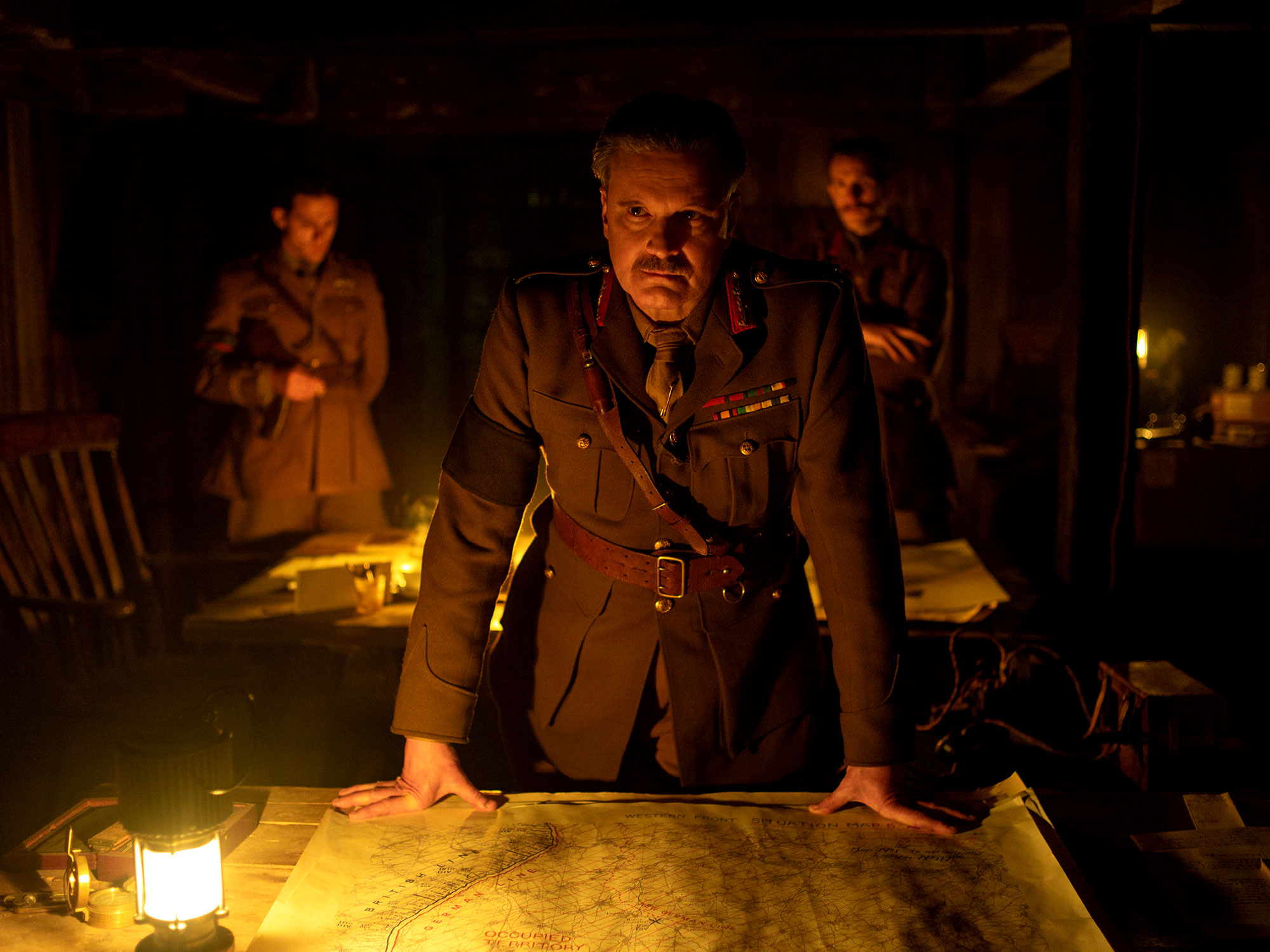 Mendes marshals his lens like a third pair of eyes accompanying the men. While this maximises the film’s immersive attributes, the optics often resemble an RPG, creating moments where you might expect to look down and find a controller in your hand and an avatar on screen. It is a sensation not helped by the fact that characterisation is ditched quicker than a busted howitzer on the field of battle.

Unlike, say, Alexander Sokurov’s Russian Ark or Sebastian Schipper’s Victoria, 1917 is not comprised of a single continuous take. The film has more in common with the likes of Alfred Hitchcock’s Rope or Alejandro González Iñárritu’s Birdman, as it slips in a few discreet cuts (and one hard cut, roughly midway through). Bearing in mind the scale of the project, it’s an understandable concession and does not detract from the overall technical achievement.

Two particular collaborators are worth their weight in gold. Thomas Newman, who has worked on every Mendes directing credit since 1999’s American Beauty, conjures a remarkably versatile and effective score, while DoP Roger Deakins wrangles some exquisite sepia tones that fit the mode and mood of the picture superbly.

1917 is not an intellectual exploration into the politics and ethical quandaries thrown up by battle, but it is a lapel-grabbing and throat-throttling assault on the senses. It’s visceral, pulsating and, above all, greatly effective. A triumph in sound and vision that not only pushes this war epic up and over the top, but over the line too.

Color Out of Space