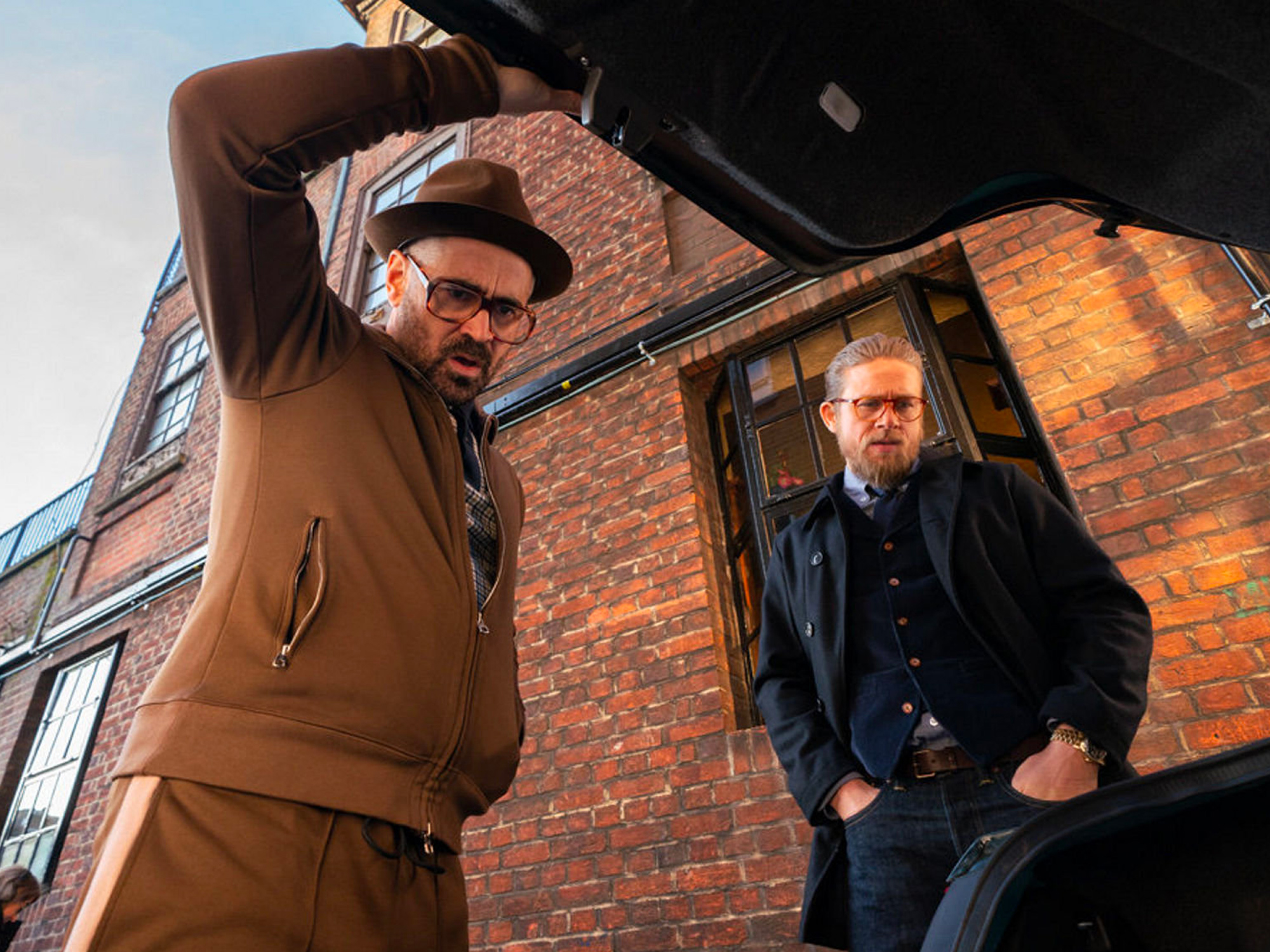 At the end of 2008’s RocknRolla, a title card promised us: “Johnny, Archy and The Wild Bunch will be back in The Real RocknRolla.” Twelve years on, said sequel is still yet to materialise, presumably because Guy Ritchie has been busy helming big-budget studio projects.

While his cheeky takes on Sherlock Holmes and The Man from U.N.C.L.E were positively received for the most part, his recent reworkings of King Arthur and Aladdin were not. It’s understandable, then, that Ritchie has taken a break from the genre he made his name with – but in The Gentlemen he attempts to unite his two worlds: the British grimey crimey and the starry, slick Hollywood flick.

Enter Matthew McConaughey as Mickey Pearson, an American drug lord in London who wears three-piece tweed suits and speaks with a distinctive Southern twang. Looking to cash out his lucrative marijuana empire and retire with wife Rosalind (Michelle Dockery), he finds a prospective buyer in countryman Matthew Berger (Jeremy Strong). But once word of the deal gets out, another interested party emerges in the form of Dry Eye (Henry Golding), an impish young Chinese-British pretender to the crown.

Of course, it wouldn’t be a Guy Ritchie film without a puckish framing device, which is where Hugh Grant’s unscrupulous private investigator/tabloid greaseball Fletcher comes in, acting as narrator to relay proceedings to Mickey’s right-hand man, Raymond (Charlie Hunnam).

Even without getting into the subplots concerning Colin Farrell’s fast-talking boxing instructor, or Eddie Marsan’s toady newspaper editor, or Eliot Sumner’s rich kid turned heroin addict, there’s A Lot Going On in The Gentlemen. One might even go so far as to suggest there are too many gentlemen; they could do with being thinned out for the sack of clarity. Ensemble casts have always been Ritchie’s thing, but they tend to work best when not everyone is constantly battling for his bit of the action.

Richard Stanley: ‘I got a phone call at 3am from a guy claiming to be Nic Cage’

Grant’s is the most familiar Ritchie stock character in the mix, emulating a certain Mr Murdoch in his vocal affectation. Unfortunately the enjoyment of watching him swallow scenery whole like a thespian reticulated python is somewhat dampened by the repeated use of racist slurs to describe the film’s few non-white characters – a charitable reading might be that he uses racism to point out the morally bankrupt nature of his characters, but it’s hard to believe this is the case given how persistent the dialogue is, and the fact these dog-whistle beats are played for laughs. In one scene, Pearson makes a long speech about how East Asians are to blame for the entire cocaine and heroin trade; it’s very clear that there are heroes and villains in this story, and the heroes are the white gangsters.

It’s the same ‘equal opportunities offender’ bit that numerous has-been comedians have tried before, seemingly ignorant to the fact that in the UK alone reports of hate crimes have doubled in that past five years. Racism is alive and well in jolly old England, and a film like The Gentlemen, which has no interest in interrogating the beliefs or morals of its characters – instead, presenting their remarks as throwaway gags – feels out of touch and out of time.

Add in some casual bestiality, the attempted rape of a prominent female character, and the presentation of homosexuality as a sign of moral deviance, and you’re left with very little in the way of redeeming qualities in this blustering dick swinging contest.

Discover the religious allegory of this epic King Hu wuxia

The post The Gentlemen appeared first on Little White Lies.