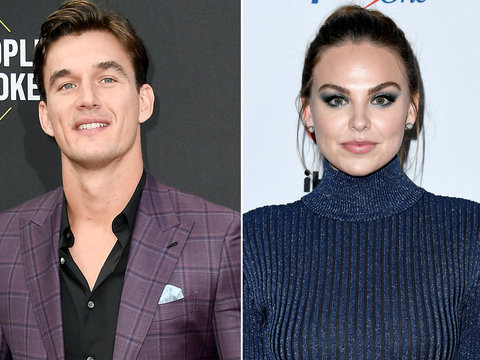 Tyler Cameron is opening up about Hannah Brown’s decision to not sleep with him during fantasy week on "The Bachelorette."

In an interview with Paper Magazine Friday, the former college football star recalled the "scary" fan response after he simply respected Brown’s wishes to not have sex.

Dancing with the Stars Finale 5th Judge: Did Ally, Hannah, Lauren or Kel Win It All?

"She said that she didn’t want to have sex, and I was like, ‘100 percent," Cameron began. "But the [fan] response to that was so big, which is scary."

"No is no. So it was just honoring her and being true to that," he continued. "This should be normal. We should not even bat an eye at it."

If you recall, Hannah was famously slut-shamed by contestant Luke Parker after her decision to sleep with Peter Weber in the fantasy suites. Cameron expressed to Paper Magazine that this represents a bigger issue: the bar is set way too low.

"Men need to step up," he said. "Men need to call each other out. That’s what I say my friends are good about: They have no problem calling me out on my shit. They’ll humble me quickly. I think we do need to keep each other accountable and humble each other."

During the Season 15 finale of "The Bachelorette" over the summer, Brown chose Jed Wyatt instead of Cameron, who was a fan-favorite throughout the season. However, Brown split from Wyatt after it was confirmed he had a girlfriend at home and just wanted to be on the show for his career.

Later, during the "After the Final Rose" special, Brown asked out Cameron on a date and he said yes. In early August, the Florida Native was spotted leaving Brown’s home early in the morning, suggested they had spent the night together.

Only a few days later, however, Cameron was linked with model Gigi Hadid. The former couple dated for about two months before breaking things off in October, Us Weekly reported at the time.

Since then, Cameron has been romantically linked with Kylie Jenner’s BFF, Stassie Karanikolaou.