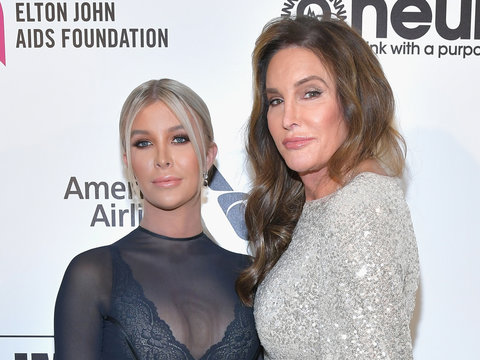 Sophia Hutchins is finally clearing up the rumors about her relationship with Caitlyn Jenner.

The 23-year-old and reality star, 70, have sparked dating rumors for years, appearing inseparable on social media and even sharing a home in Malibu.

"We were never romantically involved,” she explained in a new interview with The New York Times.

As to why it has taken so long for her to comment on the speculation, Hutchins said, "We weren’t addressing it — I don’t feel a need to address my sex life, quite frankly, unless I want to."

She even dished on her current love life status, as she said she "just started dating a 30-year-old gentleman who graduated from Harvard and works on Wall Street."

Hutchins also revealed she gets a 10-percent cut of all Jenner’s deal as her new manager, a job once handled by Jenner’s ex-wife, Kris Jenner.

"I saw nobody was managing her, and there were all these people taking massive advantage," Hutchins explained. "And I was saying, ‘Caitlyn, if I don’t step in here and start managing you, you’re going to go broke.’"

Along with the money-managing gig, Hutchins is creating her own beauty brand, much like Jenner’s daughter, Kylie.

But her new endeavors haven’t caused a rift in the Kardashian-Jenner clan, as she stated, "I’m on good terms with all the family, but I’m closest with Kris, Kim, Kylie and Kendall," Hutchins added.

Got a story or a tip for us? Email TooFab editors at [email protected].
Caitlyn Jenner Put Some Nasty Stuff in Her Mouth for ‘I’m a Celebrity’ This Weekend