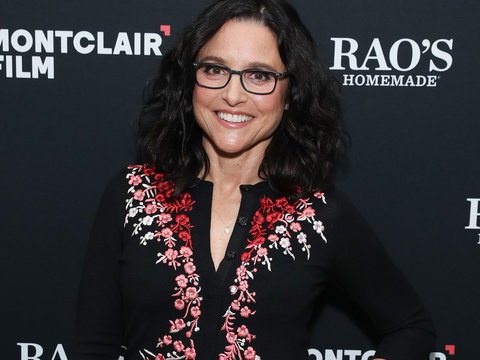 Julia Louis-Dreyfus was one of the bright young faces during a very dark time at "Saturday Night Live," and her memories of it aren’t much fonder than fans’ recollections.

Joining the show in Season 8 and lasting three years, Julia’s tenure was during those five years when Lorne Michals was not a part of the show and during the first time it was nearly canceled every single year. For many fans and scholars of the long-time series, Eddie Murphy was considered one of the show’s few bright spots — he would share the stage for two years with Julia before heading to the big screen.

She was dismissed as part of a massive house cleaning that saw the entire cast let go at the end of the 10th season, a feat that would nearly be repeated the following year before Michaels settled into his "second renaissance" of players including Dana Carvey, Phil Hartman, Kevin Nealon, Dennis Miller, Jan Hooks, Nora Dunn, Victoria Jackson and Jon Lovitz.

Like Eddie, Julia found much greater success after leaving "SNL" and landing "Seinfeld," which would make her one of the biggest stars on television. But she did learn something valuable from her tumultuous time at Studio 8H that she would carry with her throughout her career. There was no reason to put up with any more "crap" unless "it was fun."

In other words, if it’s too much work then it’s not worth it.

See Also :  Martin Scorsese is Okay With You Watching ‘The Irishman’ on an “A Big iPad, Maybe” but Not on Your Phone, You Monster

"It is important and so basic, but I just felt like, ‘I don’t have to; I don’t have to do this, I don’t have to walk and crawl through this kind of nasty glass if it’s not ultimately going to be fulfilling," Julia told Stephen Colbert Saturday at a benefit for Montclair Film at Newark’s New Jersey Performing Arts Center.

At just 21 years old when she joined the cast, Julia admits she was "very naive." TheWrap reports her telling Stephen, "I didn’t really understand how the dynamics of the place worked. It was very sexist — very sexist. People were doing crazy drugs at the time. I was oblivious. I just thought, ‘Oh, wow! He’s got a lot of energy!’"

"SNL" had a heavy reputation for drug usage dating back to the original "Not Ready for Primetime Players." And as anyone who’s been a part of the show can attest, it is a brutal schedule and a cut-throat environment, and one that has reportedly not always been kind to women or minority players. But the experience can be both a proving ground and a learning experience, with many coming out of it and moving on to stellar careers.

"That’s how I sort of moved forward from that moment and I sort of applied that kind of ‘fun meter’ to every job I’ve had since and it definitely has been very helpful," said Julia, who just wrapped her most acclaimed performance yet with HBO’s "Veep."

Plus, it’s hard to be too bitter about her "Saturday Night Live" experience when it connected her with the man who would hand her fame on a silver platter: Larry David.

"Larry David and I had been on ‘SNL’ together my last year there because he was a writer, and we bonded because he was as miserable as I was," she laughed. David would go on to co-create "Seinfeld" with Jerry Seinfeld and the rest is television history.

Charlize, Ava and Yara Among Honorees at Glamour Women of the Year Awards