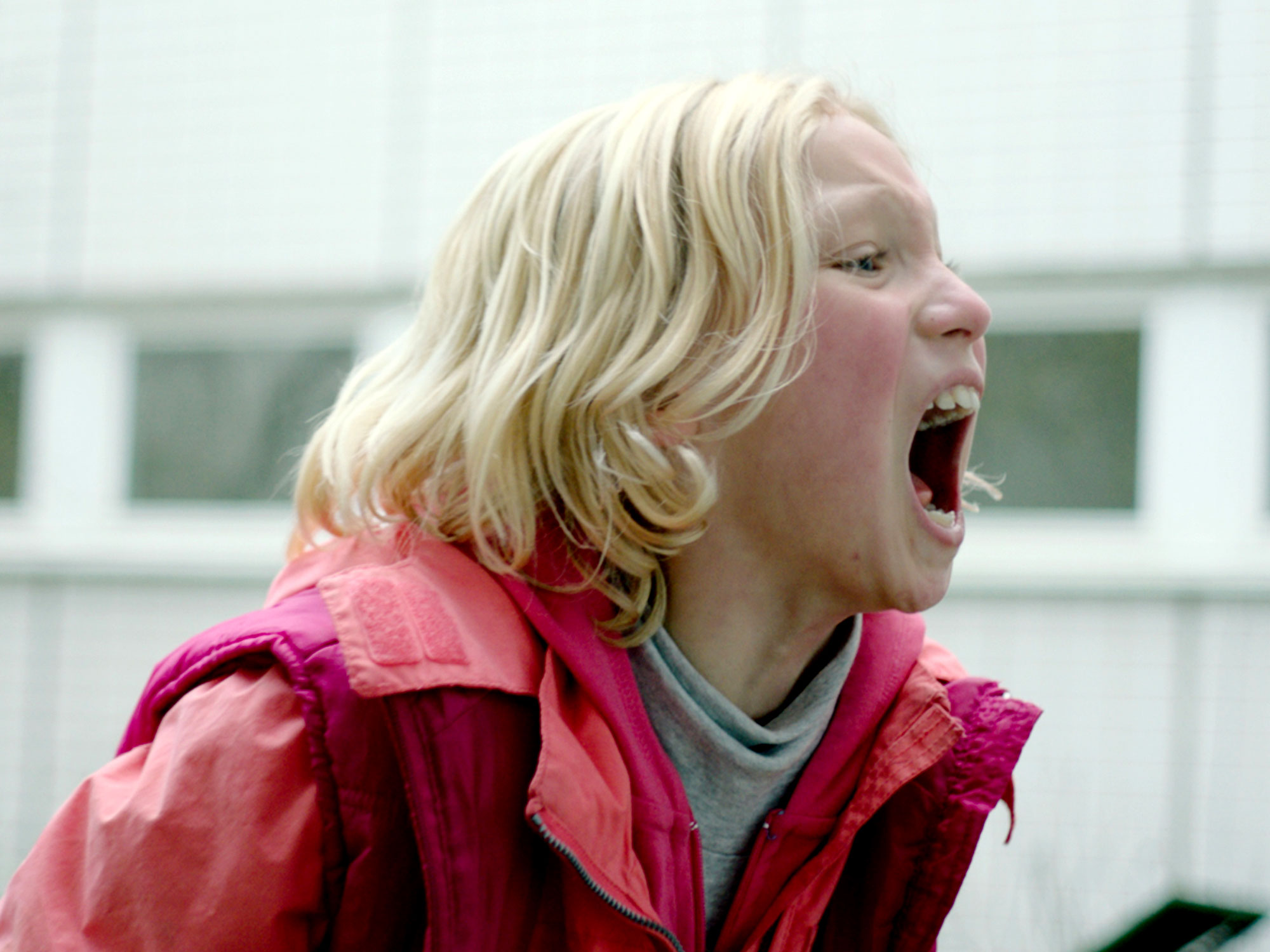 This debut narrative feature by Nora Fingscheidt is as bold and confrontational as its subject. Coming from a documentary background, the director carried out considerable research into ‘system crashers,’ a label given to children who bounce from home to home and generally fall through the cracks of Germany’s foster system. Nine-year-old Benni (Helena Zengel) is one such child.

The film is frenetic and visceral, with a score by John Gürtler that’s as intense and overflowing with energy as Benni – her screams often match the clashing cymbals on the soundtrack, resulting in a symphony of rage. When she lashes out, her violence is often jarring to witness, but Fingscheidt’s lens is never on the side of judgement.

In fact, she doesn’t take sides at all in the tricky web that entangles our heroine. The director doesn’t seek to place blame on child services, their employees, Benni’s mother or Benni herself. It is simply the story of a child who wants to be wanted.

Zengel is raw and captivating in the lead. Her magnetic blue eyes effortlessly engender empathy, though she’s certainly not scared of confrontation. However, it becomes increasingly difficult to watch helplessly as those in charge of her care do their best, while more obstacles are created as her fits of violent fury are directed at other children. As the trials Benni faces become cyclical, we’re left to wonder what emotional toll this is taking on the staff.

Fingscheidt exemplifies this through contemplative moments such as desperate glances between carers, or Benni bombarding her new school escort with trivial questions like, “What’s your favourite colour?” – all important information to a nine-year-old. Albrecht Schuch delivers a tender performance as the patient and understanding Micha, the person on the receiving end of Benni’s sweet interrogation. He, like so many others, remains quietly frustrated he can’t do more for this lost child.