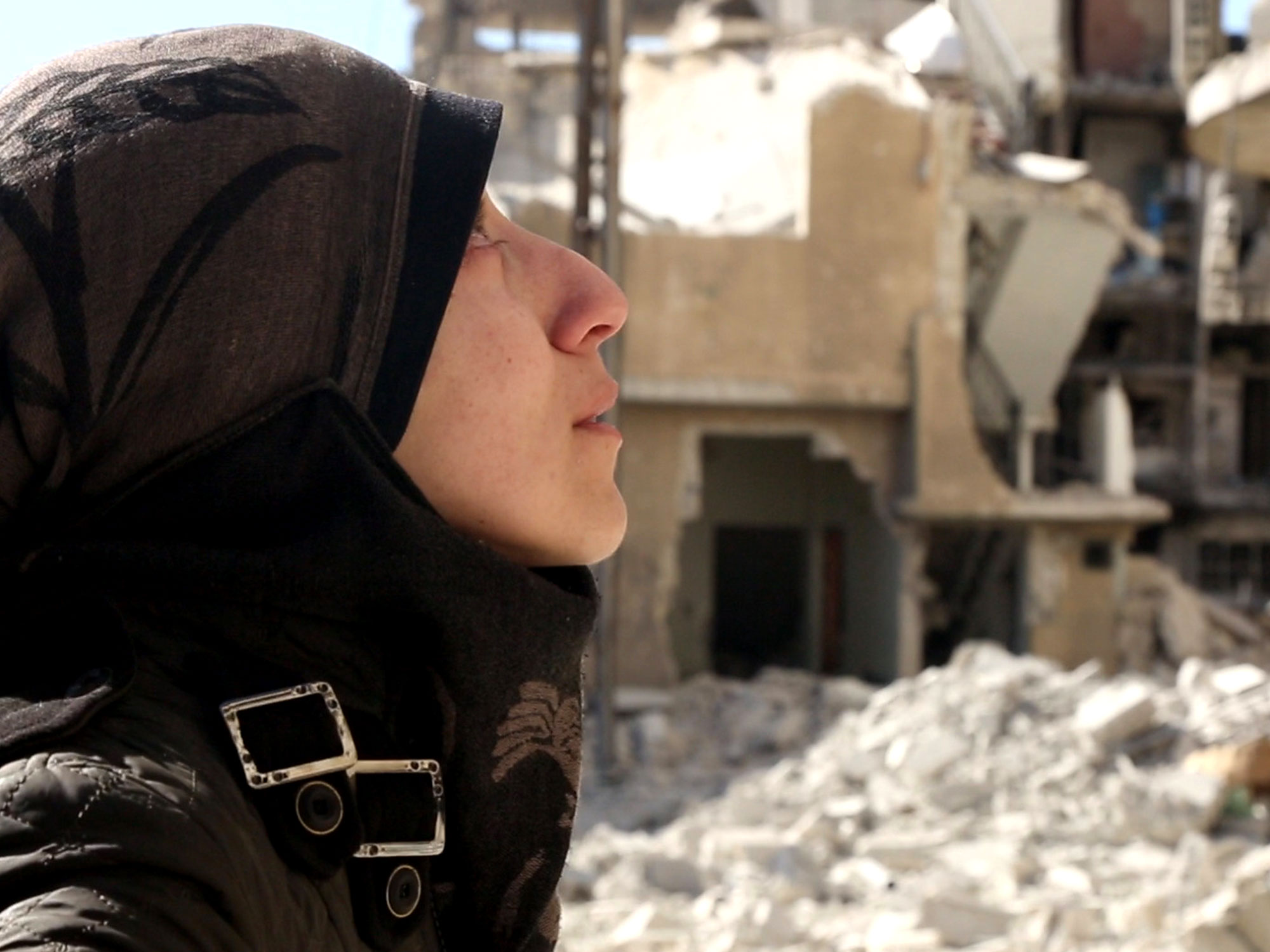 The sound of explosives rattle in the background; clouds of thick grey smoke billow across the frame. The drone-mounted camera dives between the rubble, burrowing deep underground. It’s just about the most dramatic opening imaginable, displaying a showmanship that signposts a different film to the one that follows. Despite what this first shot might suggest, Feras Fayyad’s Syria-set The Cave is less interested in action than its aftermath, depicting the behind-the-scenes struggles of people caught within a war without a foreseeable end.

As a Syrian who was imprisoned by President Assad after making his first short film, Fayyad is better positioned to tell this story than most. Following his release and relocation to Copenhagen, Fayyad directed the Oscar-nominated Last Men in Aleppo, a feature that follows a volunteer search-and-rescue group working to uncover civilians trapped under rubble after being on the receiving end of the same sort of airstrikes seen in the opening of The Cave.

Here, he digs even deeper underground, burying below what one individual in the film calls “the death lurking on the surface” to observe the workings of an underground hospital in Ghouta. The last refuge within a city bombed beyond recognition, it is at once a treatment facility and a sort of stronghold that itself is the target of regular attacks. As with Last Men in Aleppo, whilst the Syrian civil war is the film’s subject, it features only so much in the way that it affects the people of Syria: the individual human costs are prioritised over the broader national picture.

And also like that film, The Cave has a personal centre. For the most part, the film’s three cinematographers remain locked onto Amani Ballor, a young doctor who has been elected as the hospital’s manager, a role which sees her not just under immense pressure but considerable scrutiny too: attitudes towards women and work remain regressive, and her remarkable efforts sometimes go under-appreciated. Nevertheless, her resilience prevails, giving the film (and the facility) a spine and a structure. When told by a patient that she should stay at home and cook, her reply is curt and clear: “No one tells me what to do.”

In Last Men in Aleppo, Fayyad depicted his characters as bodies within a landscape, capturing them with widescreen, Steadicam images that had a beauty that sat at uneasy odds with the often horrific material onscreen. With The Cave, the focus is tighter, operating with a fly-on-the-wall style that is cramped, claustrophobic and always mobile – necessarily scrappy in both composition and motion.

It has its own tensions, however, with conflicts arising between this intimate, vérité-inspired approach and the director’s more bombastic urges. Cloying soundtrack cues (Mozart’s ‘Lacrimosa’, to take one example, plus an overblown score from electronic musician Matthew Herbert), over-engineered sound design, and a somewhat unsubtle final sequence, for instance, undermine what is otherwise serious, solid observational material.

Nevertheless, these things do not destabilise what is otherwise a carefully crafted film about the bravery of ordinary people operating under incomparable strain. While much of the world now looks away, Feras Fayyad continues to show the Syrian civil war as it is rarely seen, making cinematic non-fiction films that serve both as portraits of the people most afflicted by the conflict, and as hard to ignore calls-to-attention to those who might not otherwise hear about them.

The post The Cave appeared first on Little White Lies.