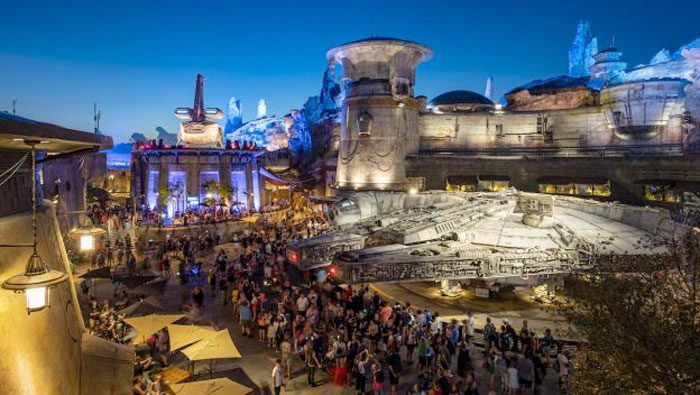 If you’ve visited Star Wars: Galaxy’s Edge since it opened in both Disneyland and Walt Disney World, you’ve no doubt made the pilgrimage to browse some of the merchandise, if not buy it outright. And if you saw any of the Darth Vader-themed dolls, you might have noticed he doesn’t…look exactly right. There’s a reason for this, it turns out, according to Disney Imagineers: the citizens of Batuu don’t actually know what Darth Vader looked like, so the dolls reflect their guesswork attempt. It’s a sneaky way to build out the story of Galaxy’s Edge, but smart as well as sneaky. 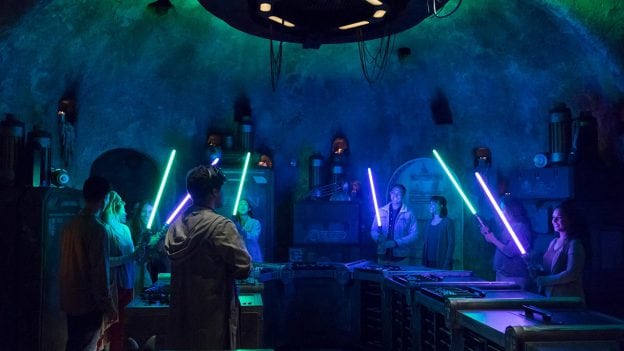 Speaking of Galaxy’s Edge, the themed area has netted Disney some park awards. The International Association of Amusement Parks and Attractions, better known as IAAPA, handed out a few awards to Disney during its recent expo. (That expo is where the comments about Vader originated, too.) Primarily, the awards focused on merchandise, such as the lightsabers you can build and buy, R2 units in the Droid Depot, and the plush Porgs you can buy. It may seem wild that there are theme-park awards to begin with, but Galaxy’s Edge went all-in on immersion so it’s not shocking that they walked away with some trophies.

One of the most exciting projects in the overall refurbishment of Epcot is the Space 220 restaurant, which was originally set to open before the end of this year. As you can probably imagine from my use of the past tense in the previous sentence, though, things have changed: based on what a fan site has noticed, Space 220 is now slated to open in February of next year. With a theme centered on space travel, coupled with the high expectations of impressive food and drinks, it’s better that the restaurant build takes its time. Better to get it right the first time instead of rushing. 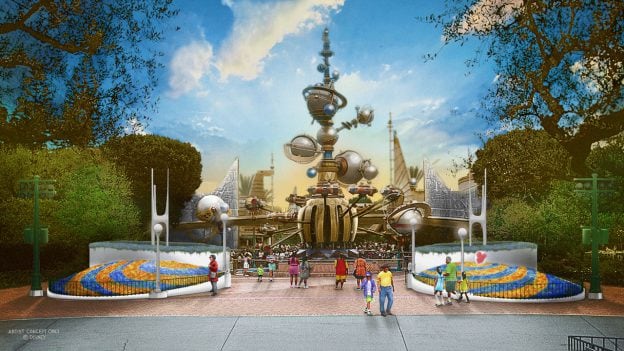 Back over in Disneyland, the park is gearing up for a whole new look in one of its original lands, Tomorrowland. If you visited the futuristic area within the last few months, you likely noticed some construction walls near the Astro Orbiter attraction. That’s because the entryway is losing the “French fry rocks” (as fans dubbed them). In its place? Well, take a look at the concept art on the Disney Parks Blog, which is definitely lacking French fry rocks. (I might argue that the blue and orange color palette is fine, but missing some kind of platform on each side. Maybe a rocket for each side would be nice?) The full design will be live in early 2020.

Let’s head back to Epcot for our last story, which is all about the holidays and food. Yes, really, we somehow haven’t finished talking about all of the different food options you can explore this holiday season. Epcot celebrates in style with its International Festival of the Holidays, and the Disney Parks Blog has the foodie guide to make you wish you were there right now. They’re going to have everything from turkey poutine to eggnog with rum to a Christmas toddy in the United Kingdom. I have Disney parks-related FOMO often enough, but man, do I wish I was there this holiday season to try these dishes.