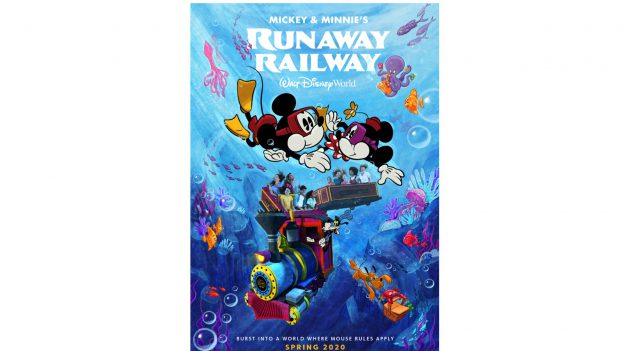 Disney’s Hollywood Studios isn’t just getting a new Star Wars attraction in the weeks to come. They’re also in the works on the Mickey and Minnie’s Runaway Railway attraction, featuring the Disney XD versions of those beloved characters in a ride replacing the venerated Great Movie Ride. And now, we have an attraction poster that doesn’t quite look like what you might expect from that title…seeing as Mickey and Minnie are both underwater. See, apparently, “mouse” rules apply in this attraction, arriving in the spring of 2020. Hopefully, it’s worth the replacement of one of the park’s best old rides. 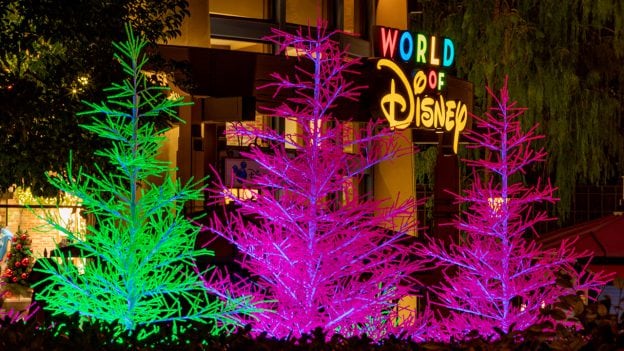 Moving over to Disneyland, as the holiday season gets into full swing, every part of the resort is decked out in lights, tinsel, garland, and all the trimmings. That even includes the Downtown Disney District, with all new “Let It Glow” trees that shine bright in the night. This promenade display is all-new and fully functional as of Friday, November 22, with glow rings, more than 200 UV trees, and absolutely no ornaments. The light display will be there all season long, so head on over when you can.

Speaking of the holidays, since they are in full swing at the Disneyland Resort, we might as well focus on your sweet tooth if you’ll be visiting. Good thing that the Disney Parks Blog has published a candy guide to the whole resort, with everything from unique and new candy apples to cake pops and flavored fudges. There’s a Mickey Elf Apple, a Jack Skellington Apple, and if we keep naming those out (let alone the cake pops or fudges), we’re just going to go into diabetic shock by proxy. Point is, your sugar fix for the holidays is at the parks. 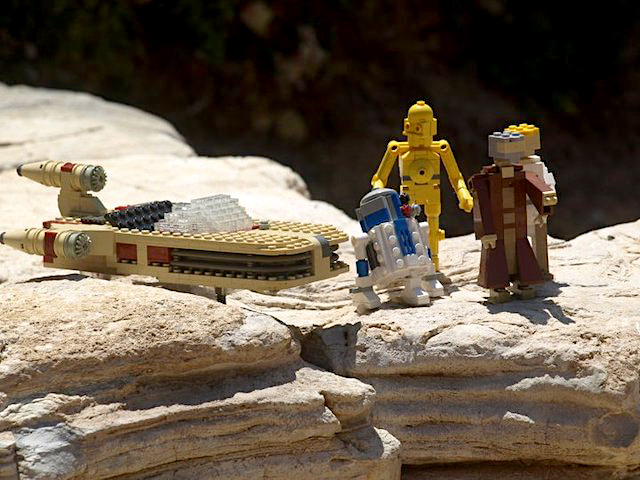 Let’s head over to Legoland for our next couple of stories. Legoland California has plenty of rides, but it also has plenty of themed areas that are just ways for tourists to see the ways in which Lego pieces can be used to build small-scale representations of real cities or movie props. One of those areas is a Star Wars Miniland; you might wonder, “Wait, Disney is OK with that?” Well, not anymore: the Miniland in question is closing on January 6, 2020. Having visited Legoland California for the first time this past summer, I can tell you that the Star Wars Miniland was both very impressive and a hot spot for guests, so it’ll be interesting to see what Legoland does to replace it once it’s gone.

But that’s not the only Legoland news of the day, though our next story is all about a park that’s yet to open: Legoland New York, in the Hudson Valley. At the new park, they’re going to have a brand-new attraction that will turn you (or, you know, whoever goes on the attraction) into a Lego minifigure. The Lego Factory Adventure is going to put you right in the action, down to looking like a traditional Lego character. So get ready to become a plastic person with weird curved arms and hands!