Lizzo will appear on Saturday Night Live next month – on the episode where Eddie Murphy is due to make his highly anticipated comeback.

Back in August, it was announced that Murphy would host the iconic show for the first time in over 35 years. Murphy will present the show’s Christmas edition on December 21.

Now, Lizzo has been announced as the episode’s musical guest in what will be her first appearance on the show. It comes after the musician was nominated for an impressive eight Grammy Awards yesterday. She was closely followed by Billie Eilish, Lil Nas X and Ariana Grande who are each nominated for six awards. 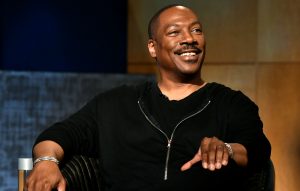 Murphy’s return to Saturday Night Live is notable after he boycotted the series for decades, though he did make a brief appearance in 2015. The comic, who became one of the show’s biggest stars back in the 1980’s, was less than impressed with a joke David Spade made about his career during the Hollywood Minute segment in the 1990s.

Speaking to Rolling Stone in 2011 about his relationship with the show, Murphy said that SNL “said some shitty things” about him following his departure.

“It was like, ‘Hey, come on, man, it’s one thing for you guys to do a joke about some movie of mine, but my career? I’m one of you guys,” he told the publication. “How many people have come off this show whose careers really are fucked up, and you guys are shitting on me?’ And you know every joke has to go through all the producers, and ultimately, you know Lorne or whoever says, [Lorne Michaels voice] ‘OK, it’s OK to make this career crack…”

Other guests on the show this season have included Fleabag’s Phoebe Waller Bridge, Harry Styles and Taylor Swift.

The post Lizzo to appear on ‘Saturday Night Live’ with Eddie Murphy appeared first on NME.