It comes as the band complete the first phase of their Albion Rooms project, with the opening of two new bars and a recording studio

The Libertines have unveiled ‘Gunga Gin’, a new craft spirit that’s been distilled especially to celebrate the opening of the band’s new bars and recording studio space in Margate.

The first phase of the band’s ‘The Albion Rooms’ project, in which the group are to convert a five-storey, ten-room Victorian building into “a den of artistry (and occasional iniquity)”, was completed at the end of October with two news bars and a recording studio unveiled.

Inspired by the Rudyard Kipling poem from which The Libertines song ‘Gunga Din’ takes its name, ‘Libertine – Gunga Gin’ (its full title) is described as “a spicy tipple with hints of black pepper and cardamom.”

The small batch of booze has been distilled, blended, bottled and labelled by hand at Silver Circle Distillery in Monmouthshire. It’s currently available to pre-order exclusively here. 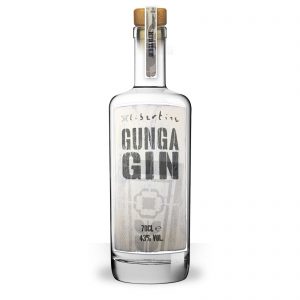 From December, the gin will be served at ‘The Albion Rooms’/ ‘The Waste Land’ in Margate and at the distillery shop and tasting room. An initial run of 500 bottles is on sale now and available in the UK only while stocks last. 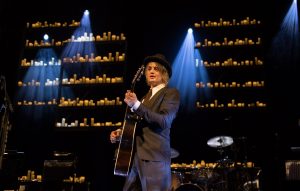 In other news, frontman Pete Doherty was fined £8,500 and handed a three-month suspended jail sentence for “violence while intoxicated” earlier this week after being arrested in Paris twice in a week.

The band are currently touring Europe with a near-sold out run of UK shows – see dates below:

The Libertines last album was 2015’s ‘Anthems for Doomed Youth’.

The post Chin chin! The Libertines have launched their own craft gin appeared first on NME.