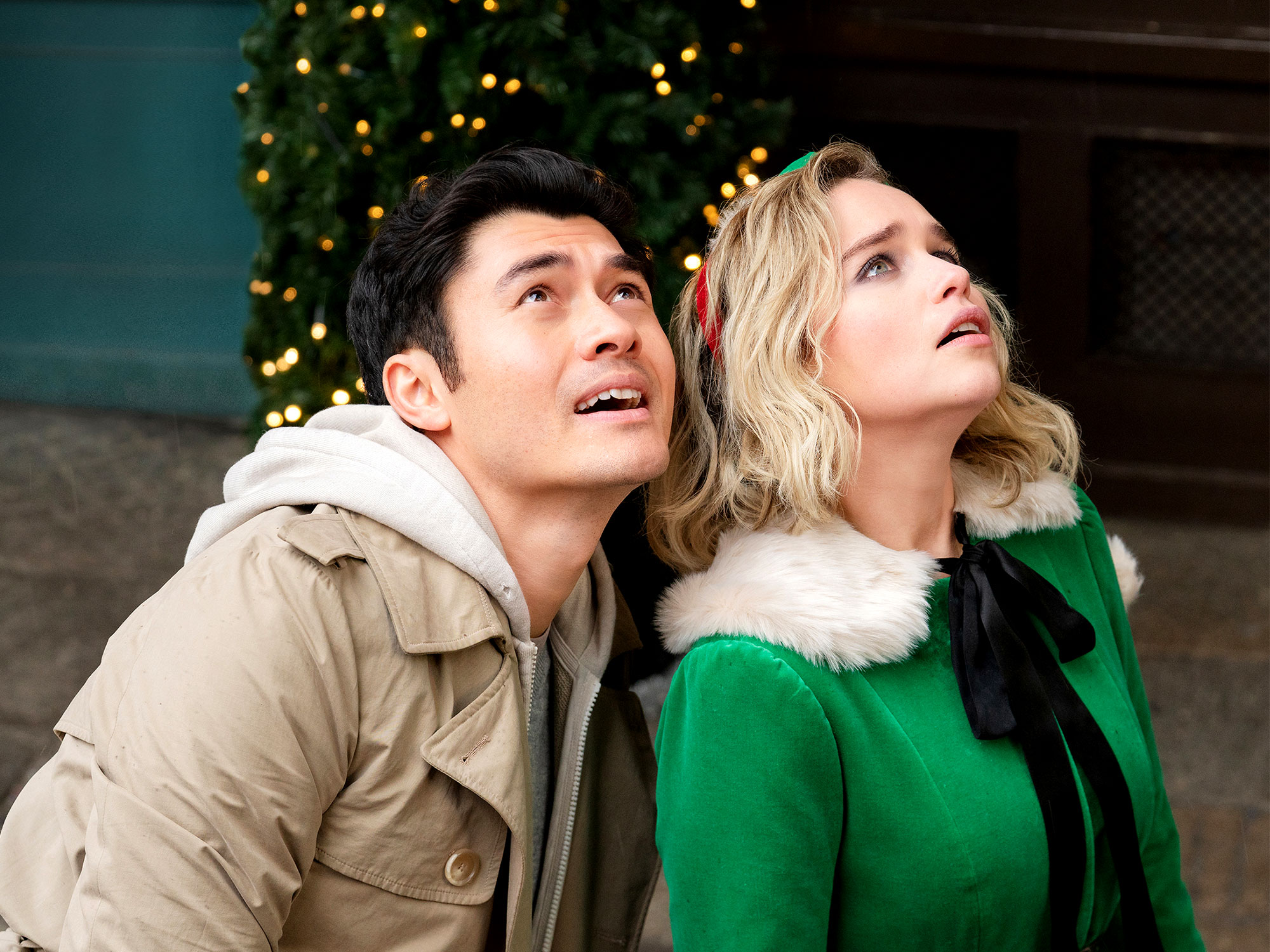 Where Wham!’s 1984 single ‘Last Christmas’ consists of a catchy mix of synths and sleigh bells, it’s the unmistakable sound of alarm bells that cuts through Paul Feig’s slushy seasonal rom-com. Not long after we are introduced to Kate (Emilia Clarke), who has fallen into a cheerless routine of casual sex and sofa hopping, she announces that she and George Michael are kindred spirits. Both have, in her words, been misunderstood and underappreciated in their time.

Although this could be interpreted as a sly comment on the obsessive and shallow nature of fandom, Kate’s “love me; love George Michael!” motto establishes her as delusional at worst and misinformed at best. Michael was adored around the globe, first as one half of the aforementioned British pop duo and later as a solo act. He has sold over 115 million records worldwide, making him one of the most successful music artists of all time. ‘Last Christmas’ is always played on the radio this time of year, but on Boxing Day 2016, when news of his death broke, his greatest hits flooded the airwaves.

Like Kate, Last Christmas is unequivocal in its appreciation of Michael – or, at the very least, the broadness of his appeal – but it fundamentally misunderstands the daring individualism and self-deprecating wit that underpinned his best work. According to Emma Thompson, who conceived the story with husband Greg Wise and co-wrote the screenplay with Bryony Kimmings, and who co-stars as Kate’s bolshy Croat mother, Michael gave the production carte blanche over use of his catalogue, including a previously unreleased song called ‘This is How (We Want to Get High)’. Perhaps we should count it as a blessing that he’s not around to witness the result.

With her aspiring musical theatre career on hold (indefinitely, given her evident lack of talent), Kate works at a Christmas-themed shop in Covent Garden selling tacky decorations to tourists. She is obviously miserable, and is shown little sympathy by her demanding boss “Santa” (Michelle Yeoh, adding more sparkle than was strictly required). It soon transpires, however, that Kate’s negative attitude and increasing alcohol dependancy are a consequence of a serious and deeply traumatic illness which, on a psychological level, she is yet to recover from. 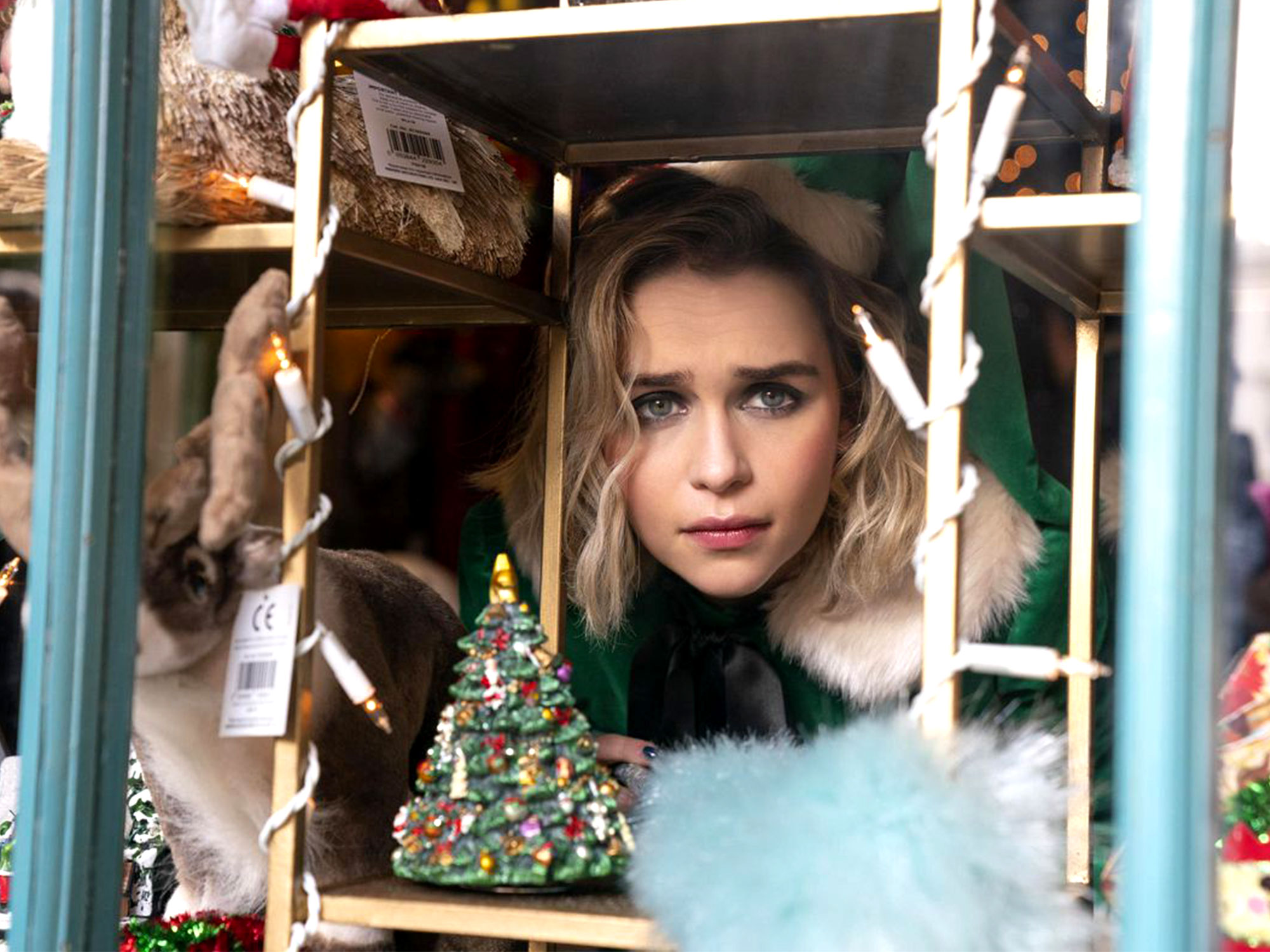 Hope arrives in the form of Tom (Henry Golding), who despite his persistent creepiness (which the film reassures us isn’t a problem, basically because he’s extremely handsome) manages to convince Kate to give happiness one more try. Promptly inserting himself into her life, he sets about dispensing advice on how to heal while pointing out her every misstep, like a mansplaining guardian angel you’d still fuck. Their meet-cute is initiated by a sudden act of violent defecation, as our luckless heroine, having followed Tom’s naggingly repetitive faux-romantic instruction to “look up”, cops an eyeful from a passing bird. Which is fitting, considering the vertiginous extent to which this film craps all over its primary source material.

It’s not just the eponymous holiday classic: ‘Freedom’, ‘Heal the Pain’, ‘Waiting for that Day’, ‘Praying for Time’ and several other Michael favourites round out the soundtrack, each needle drop more gratingly on-the-nose than the last. A glum Kate contemplates her choices alone in a bar: play ‘Move On’. A hungover Kate is awoken by a friend whose apartment she’s crashing at: cue ‘Wake Me Up Before You Go Go’. A repentant Kate decides to volunteer at a homeless shelter: fade up ‘Faith’. The film may poke fun at the way consumer culture exploits and dilutes popular music, but it’s guilty of the exact same thing.

Being about a self-loathing, somewhat klutzy, invariably horny young woman living in London, and with narrative padding provided by an absent spiritual anchor, distant parents, and a long-standing feud with a successful, highly-strung sister, Last Christmas could almost pass for a cut-price festive Fleabag. But it lacks the charm, incisiveness and emotional intelligence of Phoebe Waller-Bridge’s Millennial sitcom. It also commits the cardinal sin of virtue signalling while having nothing of value to say about the various social issues that are crowbarred into the script: chiefly the rise of rough sleeping in the UK’s urban centres, the protection of migrant worker’s rights post-Brexit and, for reasons known only to Thompson and co, residual tensions between former Yugoslavian nationals.

Kate, meanwhile, is portrayed as messy and unstable – she constantly looks like she’s about to fall over, and frequently does – right up to the point Tom decides he is satisfied that she has acknowledged (and fixed) her flaws. Only then is she deemed to be whole. On top of everything, the film subscribes to a purely cosmetic, social media-approved view of self-improvement, treating human fallibility as something to be contained and minimised. By the time Kate realises her small dream of performing on stage, in a cringeworthy finale that’s reminiscent of a John Lewis Christmas ad for all the wrong reasons, whatever goodwill was generated by Michael’s initial endorsement has long since melted away.