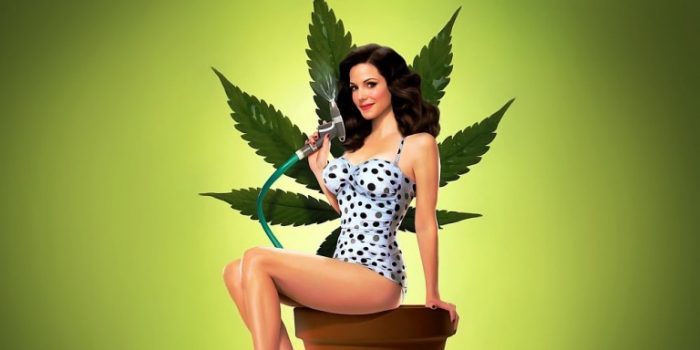 Weeds is taking root again at Starz. The Emmy-winning dramedy starring Mary-Louise Parker, which originally aired on Showtime for eight seasons, is getting a sequel series set 10 years later — in the era of legalization. It sounds like the Weeds sequel series will be a whole new vibe.

Variety reports that Starz is teaming up with original series producer Lionsgate Television to develop a Weeds sequel series with Parker set to reprise her role as Nancy Botwin, the widowed mother who begins selling marijuana to support her family. Parker will also executive produce the potential new series, which will pick up with the Botwin family 10 years after the events of the original series, when marijuana has been largely legalized across the U.S.

The news was confirmed by Lionsgate CEO Jon Feltheimer, who jokingly referred to the yet-untitled sequel series as “Weeds 4.20,” adding in a company earnings call:

“As excited as we are about our new series, I want to remind everyone that ‘the old is also new,’ and we’re pleased to be bringing two of the most acclaimed shows in television history, ‘Mad Men’ and ‘Weeds,’ to the global syndication marketplace next year. We will be launching the marketing campaign for ‘Mad Men,’ winner of 16 Emmys and five Golden Globes during its eight-year run, later this month. And we’re thrilled to be back in business with series star and producer Mary Louise Parker on what we’re calling ‘Weeds 4.20,’ already in active development at Starz, as we prepare a comprehensive and integrated rollout for one of television’s most beloved properties.”

Weeds debuted on Showtime in 2005 to critical acclaim, racking up 20 Emmy nominations and numerous accolades during its eight seasons. It was a unique series during a time when the TV landscape was dominated by tortured male antiheroes, presenting a flawed female heroine played by Parker, who scored a Golden Globe trophy and several Emmy nominations for the career-defining role as a suburban mom hiding a dark business. It will be interesting to see how that dynamic changes for Nancy Botwin in the new series when legalization is the norm.