Personal items belonging to The Prodigy‘s Keith Flint were sold at auction tonight, fetching a grand total of £347,750.

The Prodigy frontman was found dead at his Essex home in March this year at the age of 49. Advertised as The Keith Flint Collection, Flint’s possessions were divided into more than 169 lots as part of  and went under the hammer at Cheffins in Cambridge this evening (November 7).

Items up for sale included his gold discs, his NME Awards, a custom-made bed, a late 20th Century two handed sword, his record collection, some motorcycle leathers and various pieces of jewellery.

As well as reflecting Flint’s musical career, the items that were up for auction also showed his wider interests too – including his love of motocross sport and art. Other items up for auction included furniture,  an archive of recordings and artwork from Flint’s solo projects, after he worked under the Flint and Clever Brains Fryin’ moniker.

Due to start at 6pm, the auction was forced to start 20 minutes late after Cheffins’ website crashed due to the high number of online bidders vying to get their place in line to bid the late frontman’s belongings.

The first lot up for grabs was a collection of ‘Music For the Jilted Generation’ picture discs that sold for £5,000. Following that, a piece of art by Doug Murphy (AKA PlasticGod) signed by The Prodigy frontman himself depicting him in Lego form went for £1,600.

Smaller priced items included an ‘In Like Flint’ framed movie poster (£950), a collection of Nike trainers (£650) and a pair of painted narrow cupboards (£460). 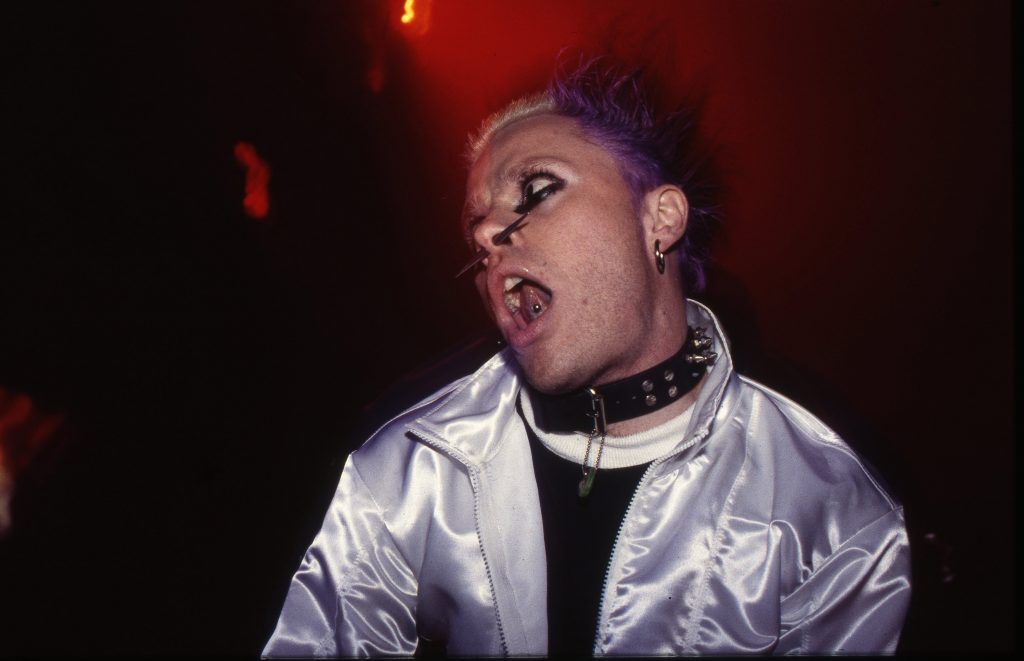 Keith Flint of the Prodigy.

Elsewhere, a collection of printed Keith Flint memorabilia, comprising of several framed items, including an NME cover from May 6, 1995 sold for 2,200.

Two NME Awards given to Flint, one for Best Dance Act for The Prodigy in 1997, the other for Best Video for ‘Firestarter’, sold for £8,000.

All 171 lots of The Keith Flint Collection sold for a grand total of £347,750, which will be passed on to Keith Flint’s estate.

Speaking to NME after the auction ended, auctioneer Martin Millard of Cheffins was very pleased with how things went. “We’re delighted. I don’t think it could have gone any better. I think it surpassed all expectations yet we had no real sense of how it was going to do.”

Speaking on the huge number of people who turned up Cheffins’ auction house in Cambridge, Millard added: “It was an event, it wasn’t just a disposal of the assets. It was a chance to see all of Keith’s personal possessions, to sit amongst them, to watch them be sold. It was a one-off. It was really great to see the number of people who came out and who had been queuing all day to be a part of history.”

To see the full list of everything that went under the hammer and exactly how much it sold for, you can visit the Cheffins website.

The post The Prodigy’s Keith Flint’s possessions sell for £350,000 at auction appeared first on NME.