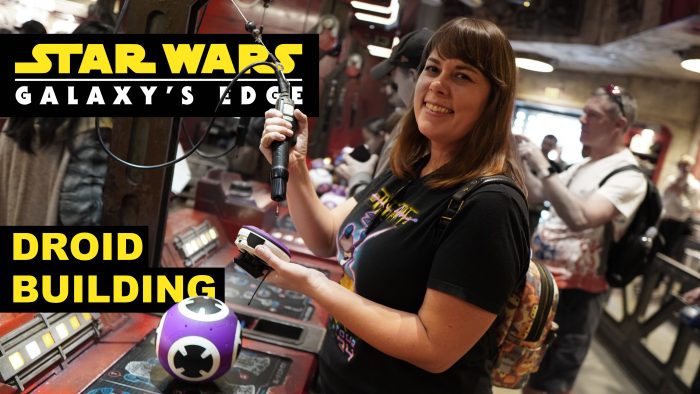 A few months back, we adventured to Star Wars: Galaxy’s Edge in Disneyland to build an R2-unit droid at Droid Depot. That video has since been watched almost a half a million times, and the biggest question we get is: What about the BB-unit droids? So this past weekend, we took a trip back to the edge of the galaxy, and visited Mubo’s Droid Depot in Black Spire Outpost on the planet of Batuu so that Kitra could build a BB-Unit droid. Come along with us on this adventure.

How does the BB-unit building experience compare to the R2-unit experience? How has the process changed now that we are months after land has opened? We also take a look at some new changes to the land, including retimed food names and a new merchandise stand. And it wouldn’t be a trip to Galaxy’s Edge without Peter attempting the Black Kyber Challenge, his sixth attempt to find the rare black cyber crystal.

And before anyone asks, the droid building experience is exactly the same as the one offered in Walt Disney World’s Hollywood Studios, so if you want to scout it out before your trip this video is also relevant.