Terminator: Dark Fate may not be an immediate hit at the box office, likely thanks to fans being gunshy about yet another sequel in the Terminator franchise potentially disappointing them again. But the movie has received a good amount of favorable reactions from critics, earning the movie a 70% on Rotten Tomatoes and an even more satisfied 84% audience score. That means there are probably some of you out there who want to bring Terminator: Dark Fate collectibles home, and both NECA and Chronicle Collectibles have you covered with action figures and a statue. 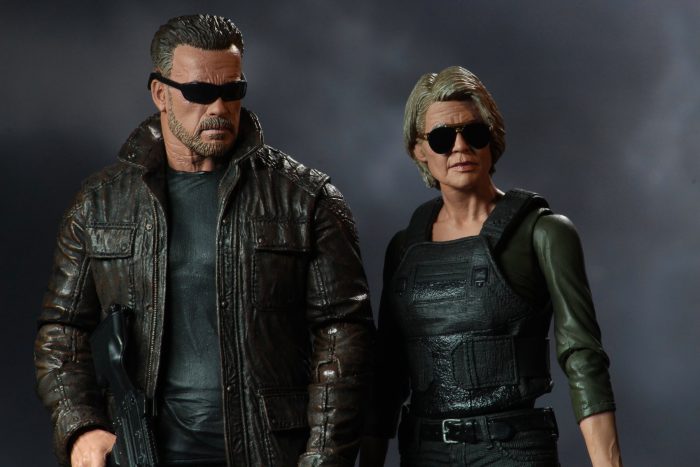 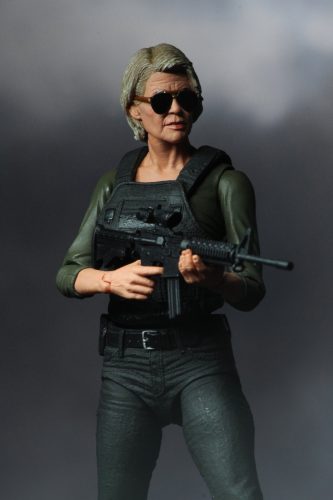 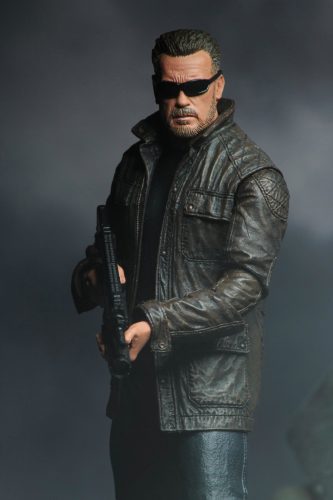 NECA is releasing a line of Terminator: Dark Fate action figures. Presumably this is just the first wave of action figures being released for the movie, but with the sequel bombing at the box office, there might not be any more released after this. That’s a shame since it means we wouldn’t see Mackenzie Davis or Gabriel Luna’s characters get turned into action figures. 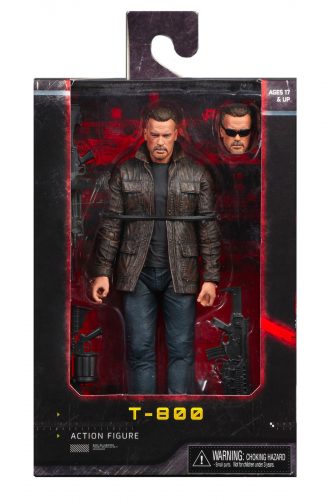 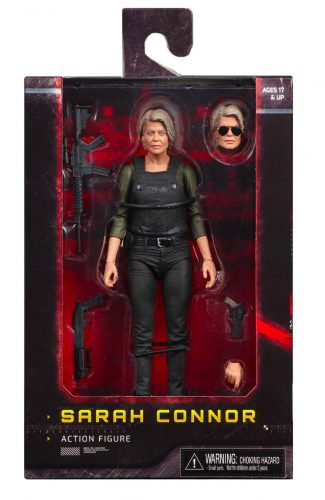 Anyway, both the aged T-800 Terminator (aka Carl) played by Arnold Schwarzenegger and Sarah Connor (Linda Hamilton) come with their own assortment of weapons, as well as an interchangeable head. The sculpts look fantastic, especially the detailed wrinkles on their aged faces.

You can see more photos of the figure over at ToyArk. Otherwise, they should be on shelves later this month. 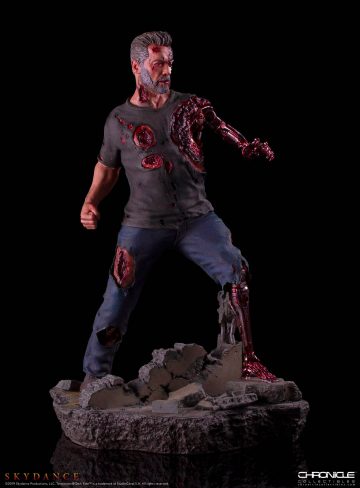 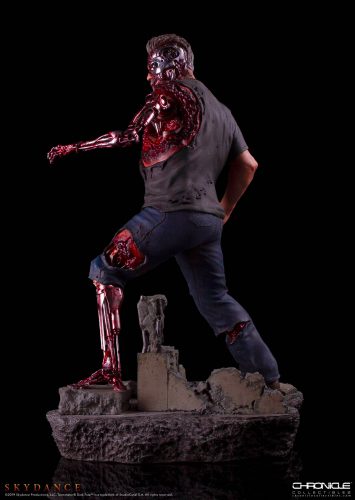 Over at Chronicle Collectibles, they’ve delivered a much bloodier and more detailed collectible featuring the aged T-800 Terminator played by Arnold Schwarzenegger. It looks like he’s seen better days, with much of his flesh torn off the left side of his face, arm and leg. The detail on that skin torn away from the metal body is incredible. Just look: 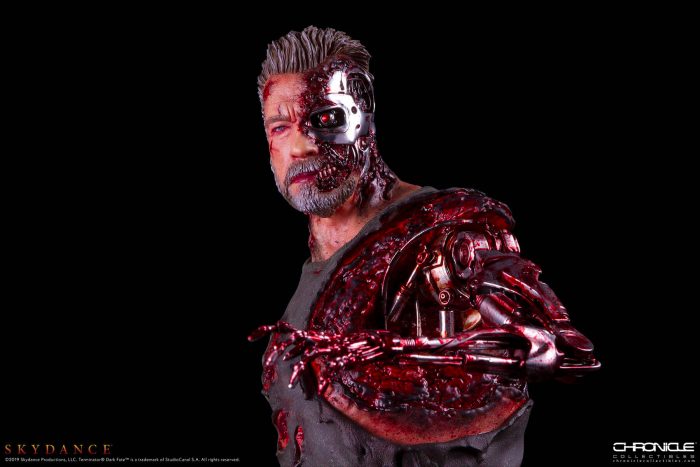 The statue is 18 inches tall, comes with two different endoskeleton arms, and has a metallic finish on the cyborg parts of his body. It’ll cost you $599.99, and there are payment plans available for those interested in spreading it out a bit. Pre-order it now.