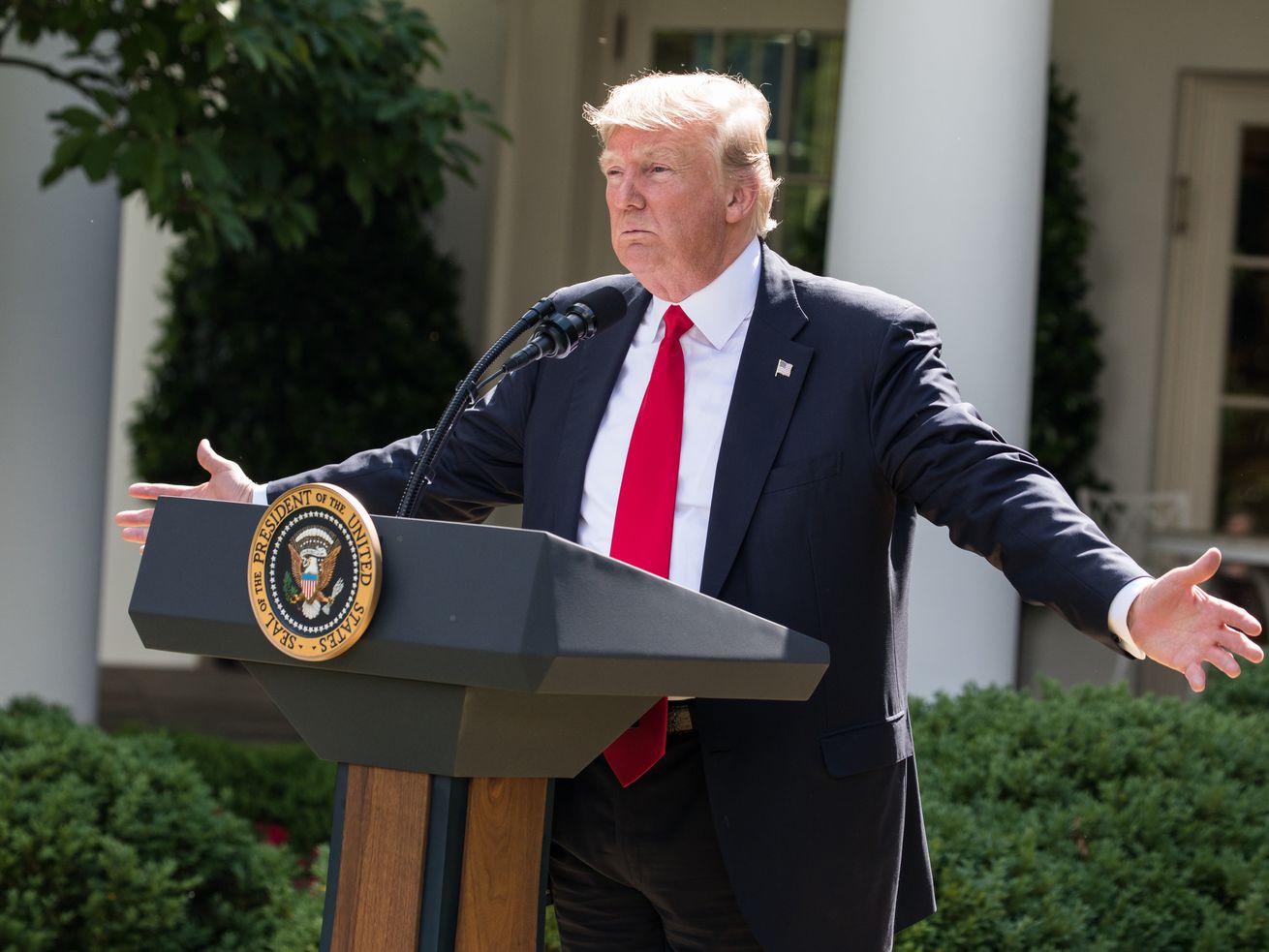 President Trump has long doubted the science behind climate change and is making good on his intention to withdraw the United States from the 2015 Paris climate agreement. | Cheriss May/NurPhoto/Getty Images

The exit will take effect November 4, 2020, the day after the presidential election.

The Trump administration on Monday started the official process of pulling the United States out of the Paris climate agreement. The US, currently the second-largest emitter of greenhouse gases and responsible for the largest share of historical emissions, is now the only country in the world to back out of the accord.

The letter sent from the State Department to the United Nations initiates a process that would allow the US to exit the accord on November 4, 2020, one day after the presidential election.

Today we begin the formal process of withdrawing from the Paris Agreement. The U.S. is proud of our record as a world leader in reducing all emissions, fostering resilience, growing our economy, and ensuring energy for our citizens. Ours is a realistic and pragmatic model.

The move fulfills Trump’s campaign promise to withdraw from the agreement and comes as US greenhouse gas emissions are rising, reversing years of decline. But 2020 is the earliest window to withdraw from the agreement, so the United States has still been sending delegations to international climate conferences, albeit to promote coal and natural gas.

The 2015 Paris agreement set a target for limiting warming this century to 2 degrees Celsius above pre-industrial levels, with an aspirational target of 1.5 degrees Celsius. Under the accord, signed by the Obama administration, the United States set a target of cutting its emissions 13 to 15 percent below 2005 levels by 2025.

Despite warnings from his own scientific agencies about the dangers and economic costs of climate change, Trump has been adamant about undoing environmental regulations, particularly those around greenhouse gases.

The US withdrawal from the Paris accord is also a blow to international efforts to fight climate change, an endeavor that requires effort from every country in the world to reduce greenhouse gas emissions. Last month, nations gathered at the Climate Action Summit to prod countries to do more to limit climate change after scientists warned that time is rapidly running out to achieve the goals of the Paris agreement.

However, if another administration takes over next year, the United States could rejoin the Paris agreement. Every Democratic contender for president has already pledged to do so.