AN astonishing superyacht that sits on hydraulic legs and comes complete with a jacuzzi and five bathrooms has been unveiled in Florida.

The watercraft, named the Mansion Yacht, has sparked the interest of several billionaires at the 60th annual Fort Lauderdale International Boat Show.

The watercraft itself is 9,000 square foot and acts as a super-sized house which is suspended above the sea.

Around 1,600 square foot is designed for entertainment, and those rooms sit at the front of the vessel.

But towards the stern, around 3,300 square foot is solely to enjoy great views looking out to sea.

Billionaires are said to queuing to get their hands on the yacht, the only one to be made of entirely of stainless steel.

This makes it around 25% cheaper to maintain than an equivalent made from fibreglass vessel.

Toddler, 3, died in pool of his vomit 'after being beaten by evil foster mum'

But to avoid leaving a high carbon footprint, designers created 70 solar panels to help run the yacht out at sea.

Bruno Edwards told Fox Business: “We’ve already had a lot of interest, so we are waiting on our first contract.” 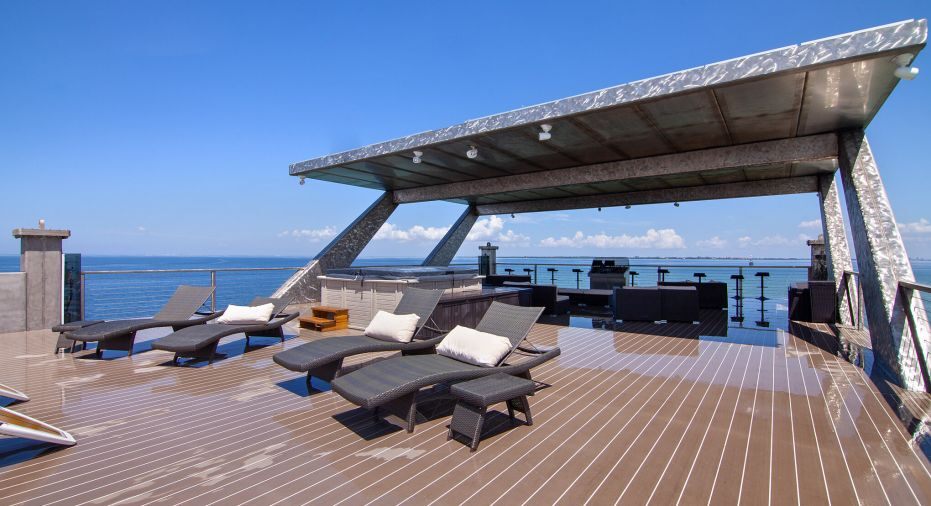