There’s no arguing with the fact that our lifestyles can dictate how we dress. In the case of Meghan Markle, that’s true to the extreme. Sure, she’s been in the public eye for quite some time as an actress, but certainly not to the extent that she is since becoming engaged to Prince Harry and marrying into the royal family. As has the rest of the world, we’ve been keeping a very close eye on what she wears every time she steps outside, but we’re also paying attention to what Meghan Markle has stopped wearing—and the list is growing.
Markle’s style was decidedly “L.A. girl” when she started dating Harry, and slowly but surely, she’s had to adjust to the fact that there are certain things royal family members never get to wear, whether it’s because of the queen’s strict preferences or just tradition and British etiquette.
While Markle has been slightly rebellious in some ways (i.e., her off-the-shoulder neckline at last month’s Trooping the Colour), she’s adhering to royal protocol for the most part since becoming a duchess, even wearing nude pantyhose and avoiding trousers when in the queen’s presence. Below are nine examples of things she’s stopped wearing since becoming a royal—in the public eye, at least. Read on for photographic proof and to shop her new style.
Markle is following in the footsteps of her sister-in-law Kate Middleton and carrying clutches since becoming a royal, which are certainly less convenient but more formal.

Bella Hadid Can Have Anything, But She Chose This Under-$300 It Bag

Markle used to wear tasteful crop tops in her Hollywood days, but royal Meghan has made boatneck tops and dresses her signature.

This editor was charmed by the fact that Markle wore thumb rings to official royal events while engaged to Prince Harry, but since becoming an official royal, she’s been sticking to studs and her engagement and wedding rings.
(Fun fact: Markle wore the exact three-diamond earrings available to shop below with the previously pictured yellow dress.)

Markle wore ripped skinny jeans to attend the Invictus Games with Prince Harry last year, but we haven’t seen her wear anything of the sort since they became engaged.

Markle wore plenty of minidresses and skirts on the red carpet, but her new conservative look calls for midi-length hemlines.

Leather jackets were a wardrobe staple of hers pre-royalty, but she’s now traded the edgier style for polished blazers.

We doubt we’ll see Markle wearing leggings in public anytime soon, but something she’s had to start wearing frequently out in public is a fancy hat or headpiece.

So long, shorts. Instead, we’re seeing Markle in a lot of polished sheath dresses as of late.

This story was originally published at an earlier date and has been updated. 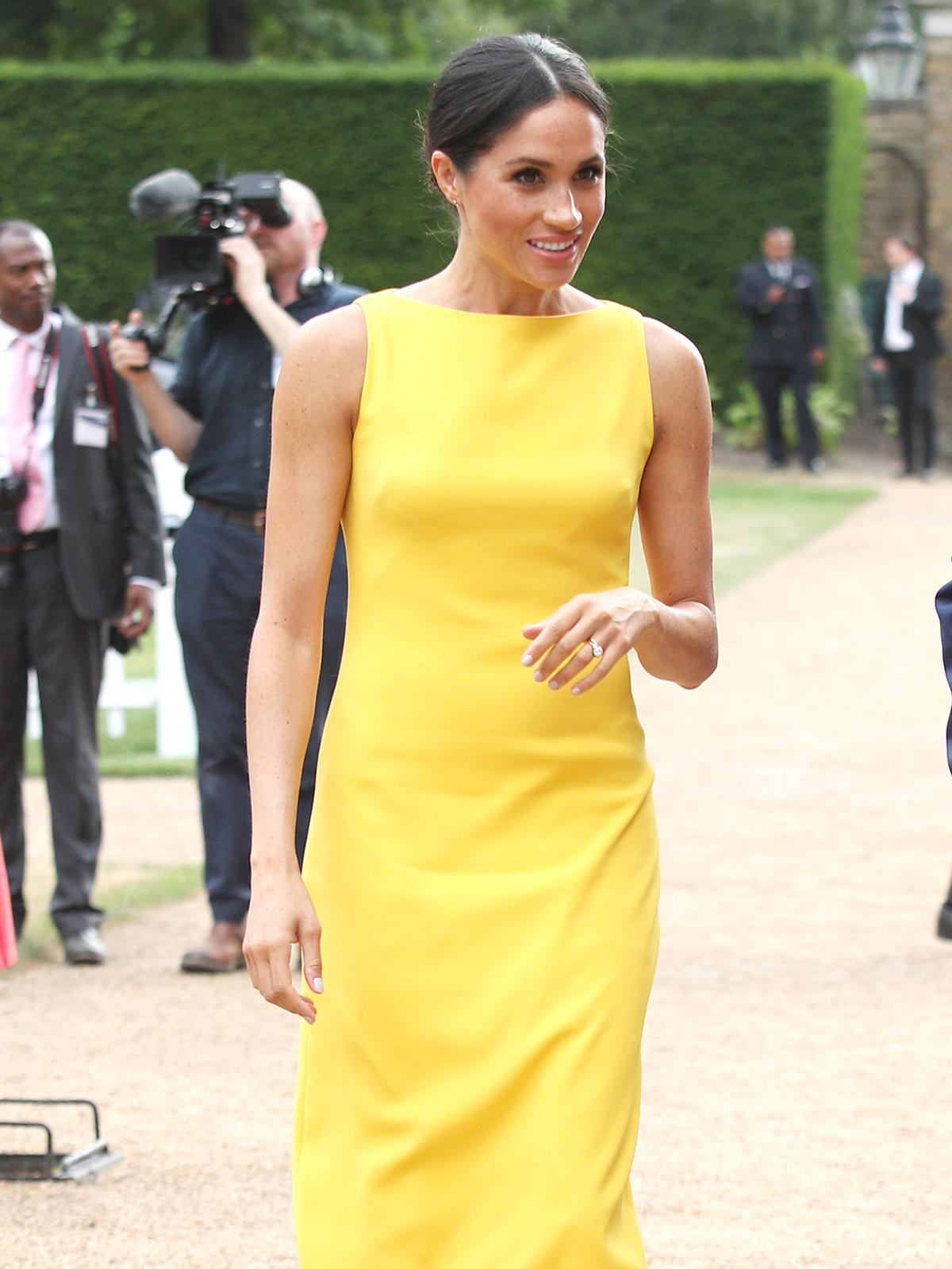